Project: Investigating the Role of Extracellular Protein Degradation During Development and Disease

Students Anneke Knauss and Julia Schulte worked together on research investigating how stressful environments influence the expression of genes in the species of worms called C. elegans. They used heat shock as a stressor on groups of worms, and compared them against an average non-stressed group. “We tested two different types of genes and tested four different types of complementary DNA,” Schulte says. “We made the cDNA ourselves, and tested the expression of the different cDNA against a normal population of worms by using heat shock. We then harvested the worms to see if their genes were different from those that were not under that stress.”

Hamid Ahmed's investigation focused on the expression of the zmp-6 protein. In his experiment, he reduced the expression of the zmp-6 protein, and using a microscope, Ahmed compared the development of zmp-6 worms with a control group. “I focused on studying how the zmp-6 protein works, where it was being expressed, how it was expressed, was there any connection between different life stages of this worm and the expression rate of this protein,” Ahmed says. “The protein I studied essentially takes care of other proteins—it’s like the ‘retirement center' for old proteins. Because proteins need to be turned over every now and then, if this protein does not do its job, old proteins can start messing stuff up in the cell. You can connect this to Alzheimers, to cancer research, or other ‘big picture’ diseases that result from dysregulation.”

“None of the actual methods or processes that we went through were all too challenging, but it was mostly just the repetition that was difficult,” Knauss says. “When things weren’t working, we had to just keep going, hoping that our results would get better and that we would get more efficient at going through the motions of the lab work. Sometimes the process did get a little repetitive, but the data we got from everything helped keep the process interesting and engaging.”

Not only was the process of experimenting at times repetitive, but occasionally the results they got were discouraging. Schulte adds that “The most challenging part for me was getting used to getting bad results. When you’re in a class setting, everything is already set up, it’s been done before, and you know what the results are going to be—you’re just trying to get it. But when you’re in the research setting, it’s different. Not everything is all laid out for you and you might not get what you’re expecting to see. Just dealing with bad results constantly and working towards getting better results was hard at first, but it makes the research more rewarding.”

Part of conducting research is being responsible for results, and for Ahmed, he had to determine the path forward for his research himself—which he found to be the most challenging part of the process. “I went through a lot of stages, and every stage had its own challenge,” Ahmed says. “I was at a point in my research where I had a lot of raw data, but I had to analyze it all. It’s not a paved path, and there’s no one way to do it––you kind of figure out what you’re going to do as you do it. I also had a bunch of images and had to figure out how I could turn those images into numbers. Maybe that sounds easy, but when you do that practically, it becomes really tough because there’s no borderline—you make up the rules as you go, and things become pretty difficult.”

Though summer research may seem daunting to be part of, it can be a very rewarding experience. For students considering summer research, Schulte suggests pursuing the opportunity, even if you aren’t 100% certain it's what you want to do as a career.

“If you are considering research, I highly advise getting some kind of summer experience like this,” Schulte says. “It really opens your eyes to what it’s actually like, and shows you what a day-to-day would be like in an actual lab. Talk to professors, talk to your friends, talk to anybody, just get in. Get in the lab, try it out, and see if you like it.”

Ahmed adds that practical experience will only strengthen your understanding of the concepts you learn in the classroom. “I think when you apply your knowledge, you learn more about what you thought you already know a lot about,” said Ahmed. “You learn a lot more in a different depth as well by practicing and applying what you’ve learned in the classroom. We all know the basics of how cells work and all that, but when you come and apply your knowledge and analyze the results, it’s a different way of learning.”

For students not sure how to get started doing summer research, Knauss suggests letting a professor know you are interested, rather than waiting for the opportunity to just arise. “Talking to your professors is a really good thing to do,” said Knauss. “If you’re taking classes that you have labs in, the professors are probably engaging in some kind of research at one point or another, or they know other people who are actively doing that. I would suggest reaching out because expressing interest explicitly goes a long way, and also, professors want to help you out. They want students who are interested, curious, and willing to learn.”

Sharing Research With the Community and Beyond

Hiester and his students plan to share their findings with others on and off campus by presenting their research at the Student Research Symposium and at conferences. Their research findings go far beyond a summer project; it is connected to a global discussion among professional scientists on topics like Alzheimers, cancer, and other diseases. Communication is vital in research, and Hiester explains how communicating this summer research to the community is a way to plug into that global discourse.

“You kind of think of scientific research as trying to build an ocean through little tiny drops of water,” Hiester says. “So really, we’re just trying to contribute maybe a couple drops of water into that, and over time, contribute to our overall understanding. If we can understand a little bit more about how these genes work, that might inform us about how genes in mammals are functioning, and how dysregulation of those genes can contribute to certain human diseases.”

Why Is It Important to Involve Students in this Research?

“It’s important for them to get this experience, and giving them a taste of what lab research is like is essential.”

How Has this Project Contributed to Your Learning as an Undergraduate?

“We’ve learned more than what we could have in our normal course labs since we focus on the research for a full day, rather than a couple hours during a school day. We’ve also discovered what our strengths are and the skills we’re interested in developing.” 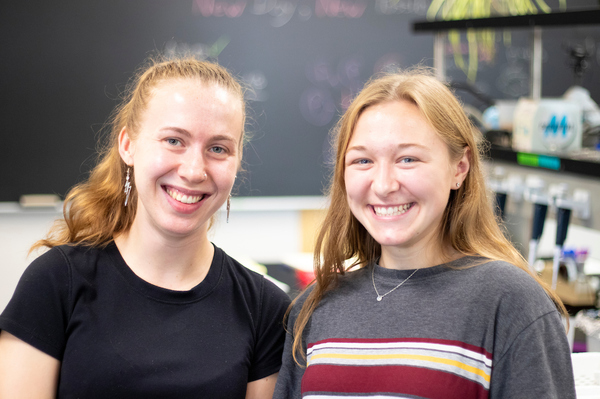 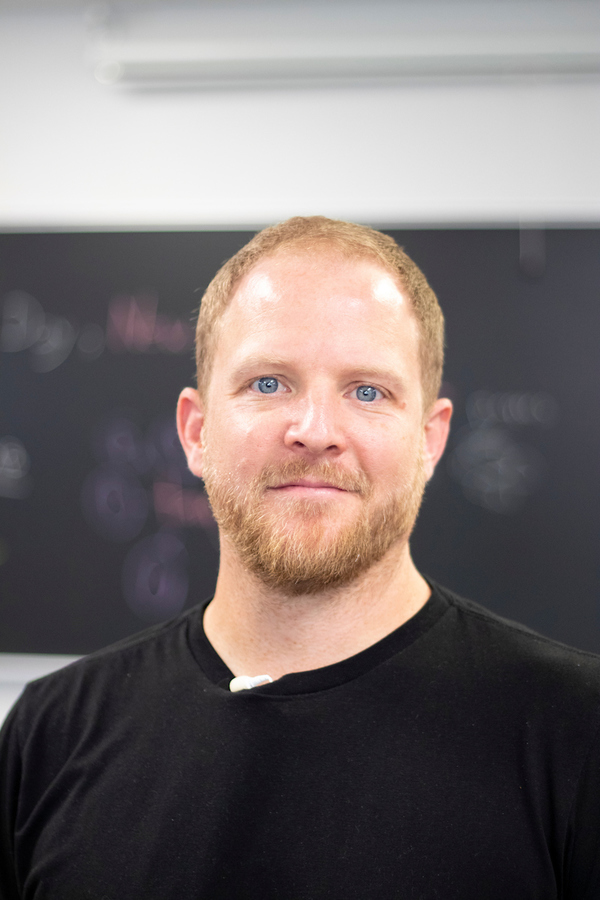