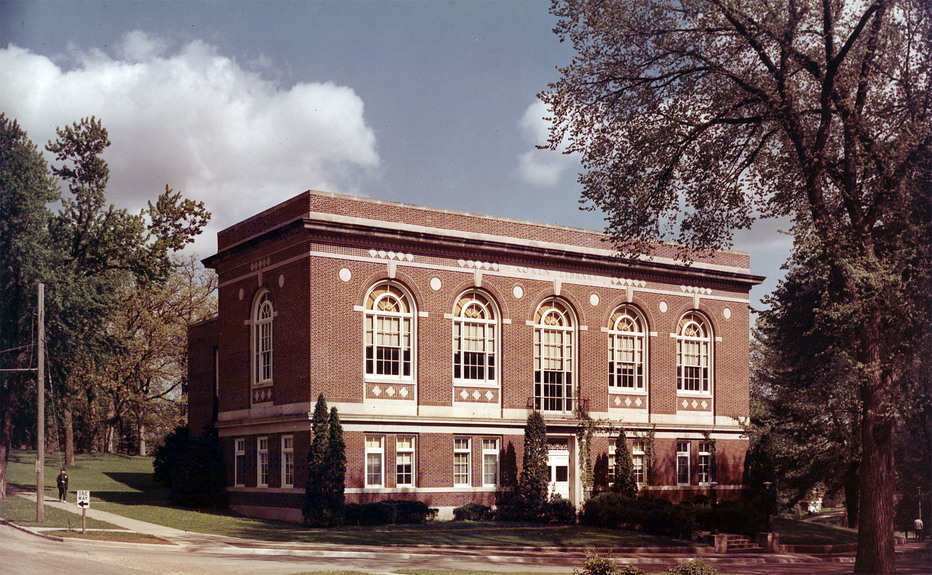 “Easily the finest building on the campus is the new Koren Library, which was dedicated on the 14th of October, 1921.” Luther College Through Sixty Years, 1861-1921

Koren, Luther College’s first freestanding library building, celebrates its 100th anniversary this year. Over its lifetime, Koren has served as a library, a museum, a chapel, a performance space, and a nursing lab. Today Koren is a place for students and professors to learn and work in community.

In honor of Koren's centenary, Hayley Jackson, Luther College Archivist, and Dr. Destiny Crider, Anthropology Lab and Collections Manager and the Instructor and Program Director for Museum Studies, are pleased to present Koren 100, a series of themed newsletters on the history, stories, and memories of Koren collected by Luther students, faculty, and staff. The first PDF newsletter will be released on this site during Homecoming 2021, with subsequent editions published throughout the year. We look forward to sharing its history with you.

Koren 100 began as an Introduction to Museum Studies class exercise in Fall 2019. Using documents and photos from the College Archives, students prepared a digital historical timeline exhibit of Koren, from its library beginnings to housing the social sciences and everything in between.

A year later, Professor Emerita Jacqueline Wilkie recruited students in her Public History class to conduct a series of Zoom-recorded interviews with people who worked, studied, and played in Koren over the decades. With the help of the Alumni and Development Office, over 60 people volunteered to be interviewed. When the Public History course ended, student workers in the Anthropology Lab and College Archives continued the task of collecting stories about the Luther community’s experiences in the building throughout its long history. These interviews, along with archival research, form the basis of the Koren 100 newsletters.

It has always been a place of connection: between friends and classmates, students and professors, and now, students and alumni. Whether you studied in the library, listened to a music recital, attended a political science class, or preserved artifacts in the Anthropology Lab, Koren remains a significant part of the Luther experience.