Hamlet Peterson, or Coach Pete, is renowned for his role in Luther College athletics. He entered Luther as a student in 1916, but his education was interrupted by his service as a lieutenant in the American Expeditionary Force during World War I. A 1922 graduate, Peterson was asked to teach in Luther’s preparatory department upon his graduation. By 1925, he was coach of the football, basketball and track teams, and later added baseball to the list. He taught both physical education and classical languages in addition to coaching. A member of the Luther faculty from 1922 to his retirement in 1967, he coached football and basketball through 40 seasons. In March of 1958 he was elected to the Hall of Fame (basketball section) of the National Association of Intercollegiate Athletics. In his 1972 book, The Noble Norsemen, Peterson narrated the story of Luther College athletics through the 1960s. Peterson passed away in 1973.

Resources in the Luther College Archives 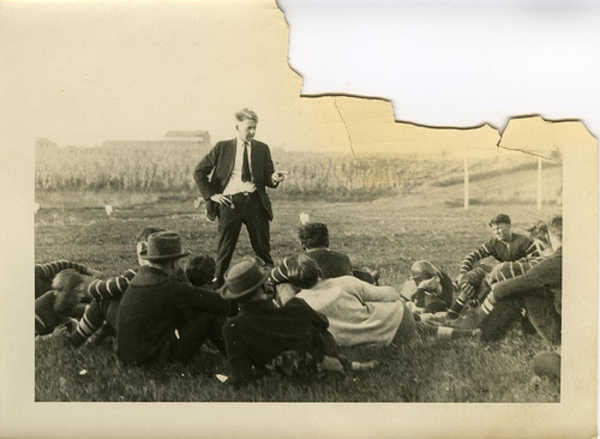