Weston Henry (Weston H.) Noble was born on November 30, 1922 in Riceville, Iowa. His parents were Merwin and Ruth (Lappin) Noble. He started taking piano lessons when he was five years old.

Weston Noble was one of the most influential people in the history of music at Luther College. He first came to Luther as a student in 1939 at the age of 16. He was a member of both Concert Band and Schola Cantorum. Majoring in music education and history, he graduated early in 1943 to join the Army Enlisted Reserve Corps and fight in World War II.

Upon his return to the United States in 1946, Noble debated the possibility of pursuing a graduate degree in music. At the last minute, he decided to postpone his further education and turned to teaching high school music. He received a job at the high school in LuVerne, Iowa, and began teaching there in the fall of 1946. He spent two years at LuVerne before joining the Luther faculty on a “temporary” basis in 1948. The summer before Noble returned to Luther, he began his graduate studies at the University of Michigan. In the fall, Noble was asked if he would fill in for one year until a replacement was found for a recently resigned member of the music faculty. He agreed, and again put his graduate studies on hold. In 1948, Noble became a member of the Luther College faculty, and began his direction of the Concert Band and Nordic (Cathedral) Choir, as well as conducting annual performances of Handel’s Messiah. Because of his success in these endeavors, Noble was asked to stay another year, thus beginning his legacy at Luther College. He attended 9 years of summer school classes at the University of Michigan, 1947-1955, and completed his master’s degree there in 1951. He began the Dorian Music Festival in 1950, and became head of the music department by 1953. Noble relinquished direction of the Concert Band in 1973. He served as director of the Nordic Choir until his retirement in 2005.

Noble continued to recruit new students to Luther and served as a guest conductor across the nation. He passed away in December 2016.

By 1965, Noble began to be bothered by the amount of litter on the Luther College campus. By 1982 he was devoted to picking up campus trash. He became well-known for his dedication to keeping up the campus grounds.

Noble received numerous honors over the course of his years at Luther. Among the most notable are: Carlo A. Sperati Award in 1961; Honorary Doctor of the Arts Degree from Augustana College, Sioux Falls, South Dakota in 1971; first to be named Outstanding Music Educator of the United States in 1989; first recipient of the Weston H. Noble Award in 1994; and Honorary Degree of Doctor of Fine Arts from St. Olaf College, Northfield, Minnesota in 1996.

Resources in the Luther College Archives 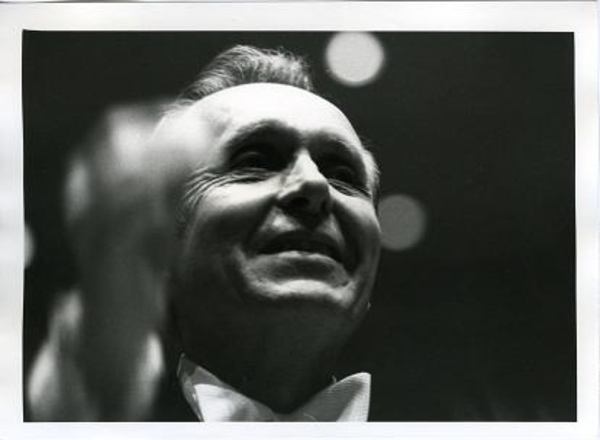