During the winter of 2000, a sliding roof was put on top Valders Hall of Science, creating a more versatile observing facility. After the roof was completed and the floor boards replaced, four telescopes were brought up (two 12 inch telescopes, and two 10 inch telescopes).

All the telescopes are Meade Schmidt-Cassegrain telescopes that have the ability to be controlled by a computer. During the winter of 2002, a motor was added to the sliding roof, making it much easier for the roof to be opened. You can watch a video of the rolling roof in action.  (Note: the video clip is in .mov format. If you don't have support for .mov files, you can download QuickTime.)

Since 2012 all the telescopes have been replaced with new models and the 16" diameter telescope that had been housed in the remote observatory has been moved to the rooftop to allow it to be used more broadly. 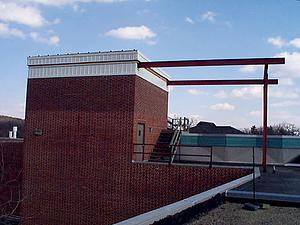 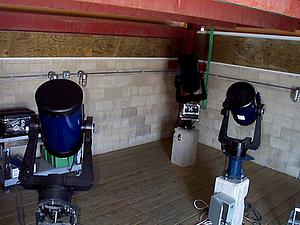 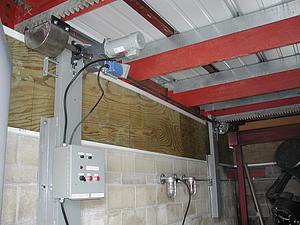