Before coming to DC, I had no idea that 6-8 inches of snow could stop this city. On Sunday January 13, it snowed the entire day in the DC area. Everything was quiet. Then slowly, we found out that there would be delays, and then finally that school and work would be closed on Monday. I was so shocked. Coming from Minnesota, we never get snow days, especially for less than a foot of snow. But I had to put it into perspective. There are a lot more employees traveling daily into D.C., than Minneapolis, or let alone Decorah, IA. The roads are also a lot more narrow, and people park on the streets, not in lots or driveways.

I was bummed, because I had planned to go into work, and get groceries after. Now I was low on food, and with nothing to do. Luckily, my boss reached out and told me that she could drop off a pair of boots for me. I was extremely thankful and started brainstorming what I could do. I knew I could walk to the co-op or fancy bakery, but those were both a mile away. I didn’t want to do that with the condition of the roads. I decided to reach out to my boss again, and she gratefully invited me over to eat some chocolate chip cookies and mac and cheese, how could I turn that down?

I spent the rest of the afternoon eating chocolate chip cookies and playing games with my boss and her kids. We also watched a movie, Open Season 2. I realized then, how old I really was. I hadn’t even seen Open Season 1, yet alone know any of the TV shows, or recognize the games that kids are into currently. Hanging out with young kids really put my grown-up life into perspective.

...and of course we made a snowman and had a snowball fight! What’s the point of a snow day, if you don’t play in the snow? It was fun to be a kid for a few minutes, and let go of all of the adult things on my mind (such as what I want to do after graduation).

By the end of the day, Sara drove me home and even packaged up some cookies for me to take back to my place! I was so glad that I reached-out to Sara. She was much more welcoming than anticipated. I have to admit to you all, it took a lot of courage for me to reach-out to her, and admit to her that I had nothing to do on my day off. Once I did reach-out, she was more than willing to let me join for the day.

Enjoy the weather wherever you are this week, 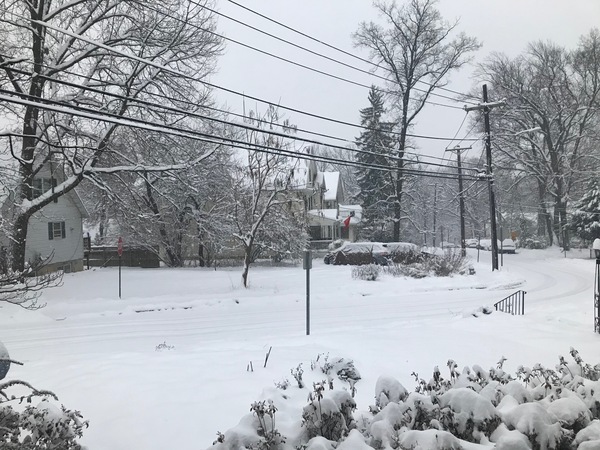 A picture of all the snow in the neighborhood I am staying in, in Takoma Park. 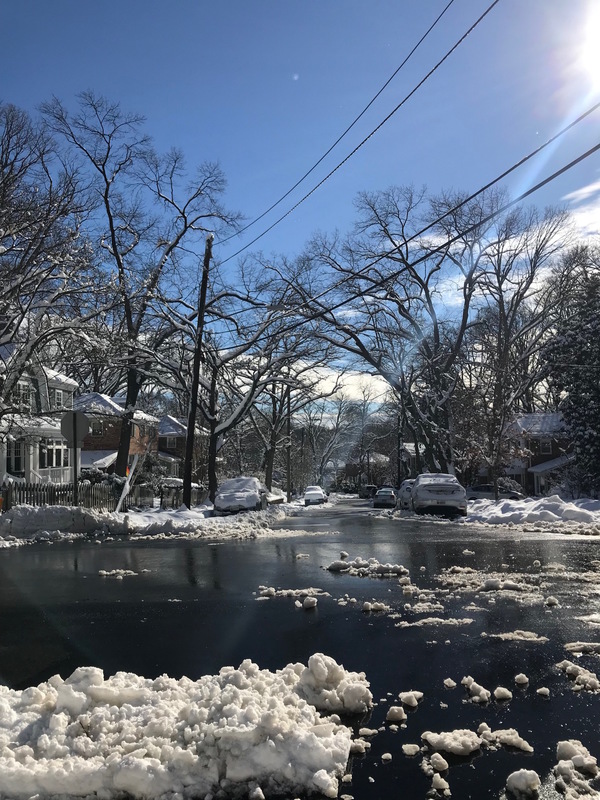 A photo of Monday after the snowfall, still with a lot of snow on the streets and on top of the cars.

How I Helped the Office