David Fraiser Driesbach was born on October 7, 1922, in Wausau, Wisconsin. After serving in the Marine Corps in World War II, Driesbach studied painting and printmaking at the University of Iowa. He studied in the Department of Art under Mauricio Lasansky, earning his MFA in 1951. During his career, Driesbach taught at a number of colleges and universities and was asked to serve as artist in residence at many institutions. In 1969, Driesbach studied with Stanley William Hayter while on sabbatical in Paris, France. Driesbach retired from teaching in 1992, but continued working in his studio and conducting workshops. He was appointed Distinguished Emeritus Professor from the Northern Illinois University in Dekalb, Illinois.

Driesbach’s works have been in more than 250 solo exhibitions and 500 group exhibitions, both on the national and international level. Some of the shows were at these locations: The Museum of Modern Art, NYC; The Brooklyn Museum; The Chicago Art Institute; and the Boston Museum of Fine Arts. His works have won numerous prizes and have been acquired into the permanent collections of museums, art centers, and galleries. Four etchings by David Fraiser Driesbach have been accessioned into the Luther College Fine Arts Collection. 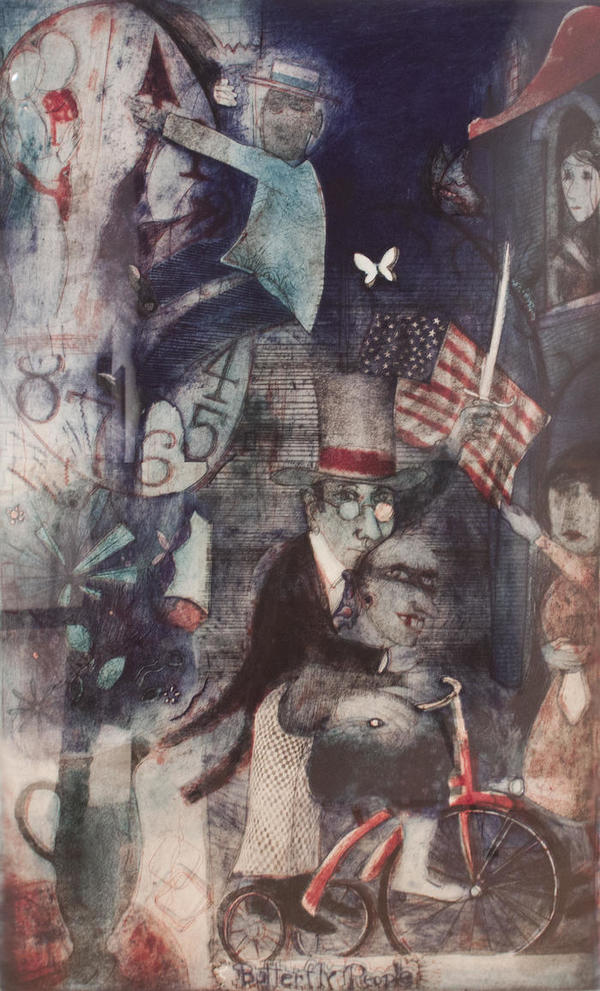