Born on June 16, 1854 on the Gausta farm in Vestfjørddalen, Telemark, Norway, Herbjørn Nilsen Gausta immigrated with his family to America at age twelve. He settled with his parents and four sisters on a farm hear Harmony, Minnesota. Gausta entered a training program for parochial school teachers at Luther College in 1872, but left for Norway three years later on a stipend provided by the Decorah community under the leadership of U.V. Koren. Throughout the late 1800s, Gausta traveled between Norway and the Upper Midwest, painting portraits of prominent Norwegian-American individuals, religious works, and genre scenes depicting life in the two regions.

Gausta studied at Knud Bergslien’s Academy of Art in Oslo. In 1878, he attended the Munich Academy of Art where he won accolades. In the spring of 1881 he traveled back to Norway, and then returned to America in 1882. He settled first in Chicago, Illinois before moving to Madison and LaCrosse, Wisconsin. He returned to Decorah, Iowa and taught at Luther College during the 1886-1887 academic year. During part of his time teaching, he lived with the Pastor U.V. Koren and Elisabeth Koren at the Washington Prairie Lutheran Church parsonage, where he would often sketch on the walls of his room. Two of these drawings can still be seen today. Gausta traveled to Europe three more times, in 1887, 1894 and 1899.

Gausta based his studio in Minneapolis, Minnesota, living there from 1888 until his death. He supported himself by painting portraits of prominent Norwegian-American individuals and about 400 altar paintings for Norwegian-American churches. Gausta's landscape and genre paintings from his early years were well-received as well. He even painted copies of master works of art for additional revenue. His sketchbooks indicate that he could draw superior caricatures. In 1889, Gausta's studio caught fire. He lost 100 of his early works. Gausta died on May 22, 1924 in Minneapolis at the Deaconess Hospital. After a funeral service at Our Savior’s Lutheran Church in Minneapolis, he was buried in Harmony, Minnesota. In 1927, a granite monument over sixteen feet in height was erected to his memory.

Paintings by Herbjørn Gausta were exhibited in a number of venues including the following: the Minneapolis Industrial Exposition Art Exhibitions in 1890, 1891 and 1893; the exhibition of the Minneapolis Society of Fine Arts in 1897; the Society’s annual exhibitions in 1900, 1901, 1902 and 1904; the Minneapolis Art League exhibition in 1897; and, The Artists League of Minneapolis in 1908, 1910, and 1915. The Norse-American Centennial Art Exhibition held at the Minnesota State Fair Grounds in 1925 included 37 oil paintings by Gausta loaned by Luther College. An exhibition in Northfield, Minnesota, entitled "Scandinavian Paintings in Northfield" was held in 1980. The 1982 exhibition, "The Divided Heart: Scandinavian Immigrant Artists 1850-1950" at the University of Minnesota also contained works by Gausta. In 1989, "Norway in America" was curated for an exhibition in Norway, which included works by Gausta. Most recently, paintings by Gausta were part of the exhibition, "Paintings by Minnesotans of Norwegian Background, 1870-1970," curated by Marion Nelson for the Minnesota Historical Society in 2000. Several of Gausta’s paintings have also been used as book illustrations. There are nearly 60 paintings by Gausta in the Luther College Fine Arts Collection, donated by the artist and other friends of the college. 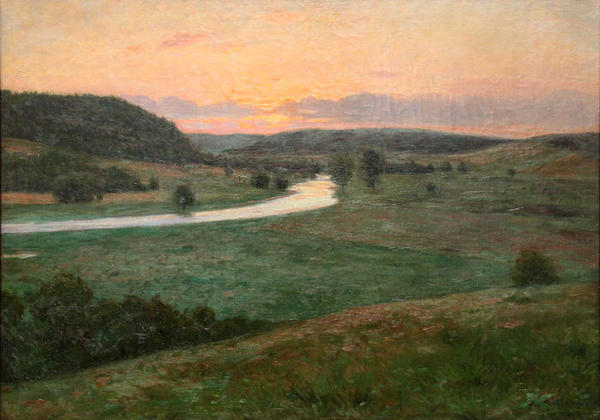 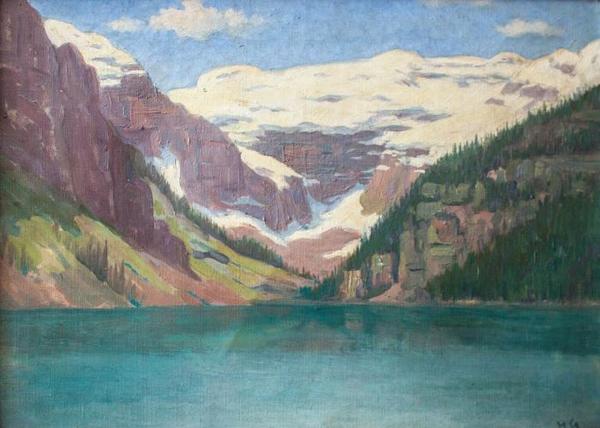 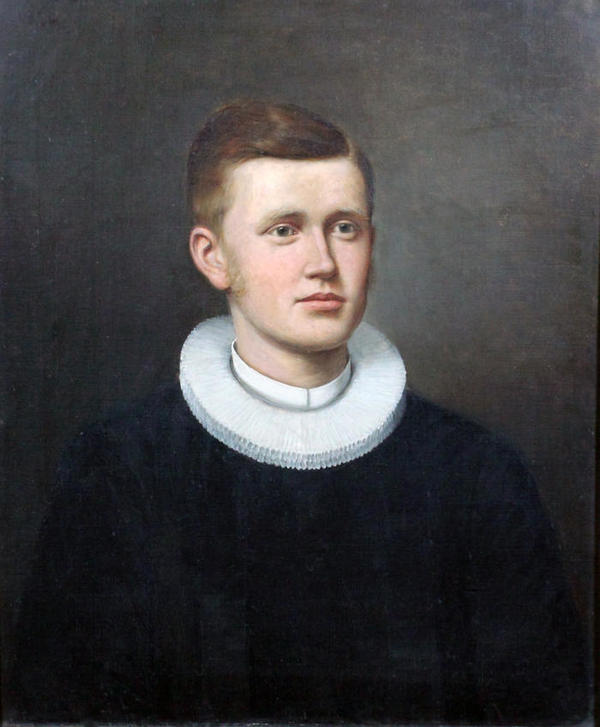