The Fine Arts Collection began in the 19th century when Herbjørn Gausta, noted Norwegian-American artist and Luther College art faculty member, donated over thirty works to the college. This initial gift was augmented by several large bequests which together built the core collection. During the early years of Luther College’s development, the Fine Arts Collection was informally considered part of the library’s caretaking responsibilities. The art was stored and displayed in Koren until the opening of Preus Library in 1969 and was maintained by the Library until 2010, when the collection was transferred to the Art Department. It is now supervised by the Curator, Dr. Destiny Crider, and a team of student curators. The students not only manage the daily curatorial work, they also research and create exhibitions of collection objects. 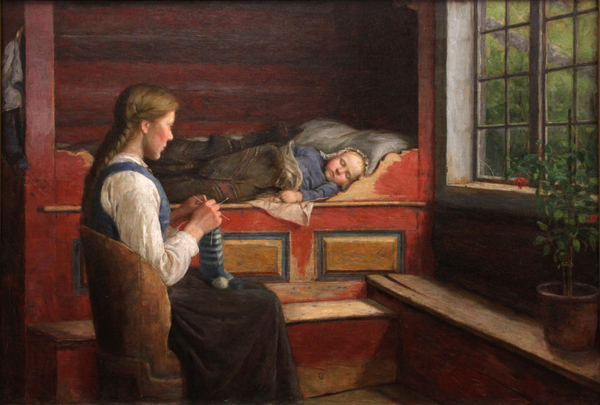