I was recently asked to write a post for this blog about the “Stitch Their Names” art project. The project is on display at Luther College in the Center for the Arts on the Gregerson Gallery Wall from March 15 to April 29.

Nearly 100 cross-stitchers and quilters collaborated to create two quilts featuring cross-stitched portraits of black people who have been killed as a result of racially motivated attacks.

While I am honored to write this blog post, I was totally unaware of this amazing project until recently. One of the artists involved in the project is Nori Hadley ’97, alumna and C-Store manager at Luther College. Hadley contributed her talents to the memorial by stitching two of the portraits included in the quilts.

It was Hadley’s idea to bring the quilts to Luther. Hadley reached out to the Luther College Center for Intercultural Engagement and Student Success and asked me if I would be willing to help.

I am personally excited to have the quilts on exhibit here at Luther. Quilting has long been a powerful form of activism and of reclaiming history — especially for black women in America, whose voices are often overlooked. In the black community quilting often functioned as a way of “documenting” history.

The traveling exhibit features people whose stories are high profile, such as George Floyd, as well as those whose stories are far less well-known. The hope is that viewers will be able to empathize and perhaps see themselves reflected in the stories of those who are honored.

According to Holli Johannes, the organizer of the project, “Our goal was to connect a face and a story with a name to evoke some empathy and to honor the aspects of their life that didn’t just include the moment of their death.”

There are many ways to “humanize” the lives of people who are often dehumanized by society. Art is often an effective way of doing so. While my medium of expression and advocacy tends to be oral and literary, I greatly appreciate the contributions art and artists make to social activism. From fighting for AIDS awareness to protesting government censorship, artists have been at the forefront of activist movements throughout time.

When I learned of the project, it immediately reminded me of the NAMES Project AIDS Memorial Quilt, conceived in November 1985 by Cleve Jones, a San Francisco gay rights activist who sought to memorialize those who had died from AIDS. The AIDS Memorial Quilt was unveiled for the first time more than 30 years ago on the National Mall, with 1,920 panels, a small fraction of the more than 20,000 Americans who had already died at that time from AIDS.

The “Stitch Their Names” quilts do a powerful job of humanizing and honoring the legacy of black individuals killed as a result of racism and racialized violence. It is an honor to have these quilts on exhibit at Luther College. There will be an informal gallery talk at the front of the exhibit on Thursday, April 19, at 6 p.m.

I encourage every member of the Luther community to stop by to see the exhibit while it is on campus. In the words of the creators of this exhibit, I hope the exhibit “brings additional critical awareness to the collective loss and the horrific magnitude of black persons being targeted by racism and bigotry in this country.” 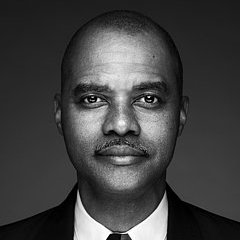 Guy Nave, professor of religion, has been part of the Religion Department faculty since 2001, focusing on the topics of Christianity, biblical studies, religion and social justice, the social construction of religious meaning, and race-religion-and-politics. Professor Nave is currently researching the power, politics and meaning behind the rhetoric of "change," as well as the role of Christianity in bringing about social "change." In addition to writing for Luther College's Ideas and Creations blog, Nave is the founder of the online social media platform Clamoring for Change and is a guest contributor to a number of online sites, including Sojourners Commentary blog series. 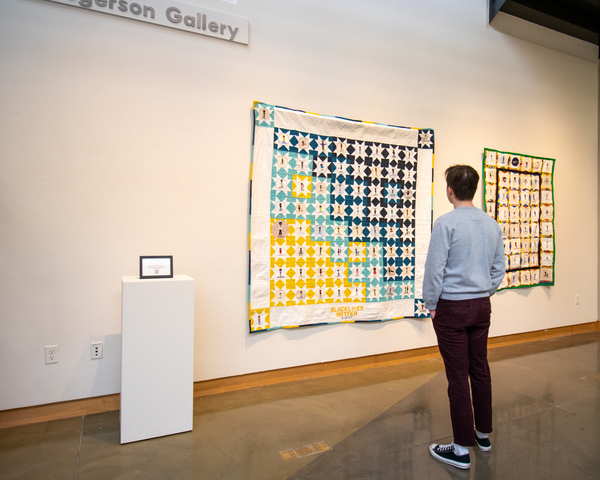 Stitch Their Names quilts are currently on exhibit at Luther College. 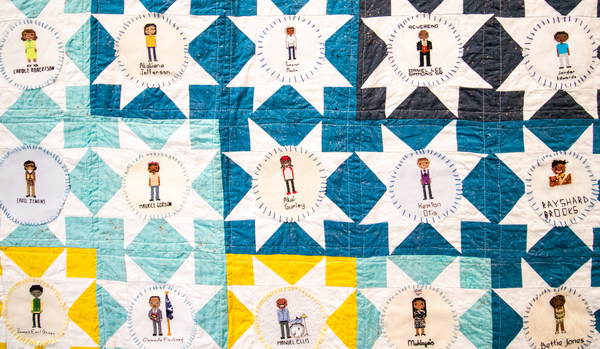 One of the quilts on display from the Stitch Their Names exhibit.

What Is Luther Doing to Address Climate Change?