On September 26, 2022, planetary defense against the threat of an Earth-bound meteor became a step closer to reality when NASA successfully crashed its DART module into the asteroid Dimorphus. Just this week, NASA announced that the collision had indeed deflected Dimorphus’ orbit as intended. Though Dimorphus itself was not headed for Earth, the mission is being hailed as a great success in the development of our ability to take control over the fate of our planet and of course, the intertwined fate of humanity along with it.

I read the initial headlines about the DART’s collision while traveling in Iceland, just days after I’d made my own visit to another site where people are engaged in new efforts at engineering our planetary environment. Though decidedly less flashy than an orchestrated interplanetary asteroid collision, machines at the Climeworks Orca Project outside Iceland’s Hellisheidi power plant are currently removing carbon dioxide directly from the atmosphere and turning the carbon into stone, possibly heralding an even more important step in the evolving relationship between people and the planet.

Carbon dioxide removal at Orca harnesses some of Iceland’s unique geologic resources. Geothermal energy, abundant in Iceland, provides clean power for the energy-intensive process of filtering carbon dioxide molecules from the atmosphere. Then, the captured CO2 is sent deep beneath the ground into Iceland’s volcanic bedrock—the perfect rock type to react with the carbon dioxide—where, in small fractures and pockets in the underground rock, the carbon is redeposited in the form of a solid, stable mineral, similar in composition to limestone.

It is far more economical to reduce carbon dioxide emissions than it is to remove already emitted carbon dioxide from the atmosphere. However, current atmospheric CO2 levels and emissions rates are so high that climate scientists have concluded we will not be able to decelerate climate change without reducing greenhouse gas emissions and removing carbon dioxide from the atmosphere. How many more Orca projects can we expect to see dotting the surface of the Earth in the coming decades? If and when direct air capture takes off, people will be responsible for intentionally manipulating—even optimizing—the composition of our atmosphere, a planetary step as revolutionary as asteroid deflection.

From volcanoes and glaciers to steaming mud pits and roaring waterfalls fed by glacial run-off, the sheer physicality of Iceland’s terrain provided constant reminders that Earth system forces shape the contours of our collective existence, including opportunities and constraints, both local and global. Despite a degree of self-sufficiency within Iceland, the country’s existence as an isolated island in the middle of the North Atlantic Ocean was an ever-present reminder of local constraints. The imported raw materials used to build Orca and the international team of experts that developed the project were just one vivid demonstration of Iceland’s global interconnectedness and mutual reliance on others around the world for material resources and innovation.

In reality, however, our dependence on Earth system processes and our collective dependence on each other are actually some of the universal conditions of human existence. As we navigate a future that may see increasing attempts at planetary engineering, whether in defense against asteroid impacts or in managing the climate system, perhaps we can learn from the Icelanders to move forward in recognition of our dual dependencies on both planetary processes and our interconnected global community. 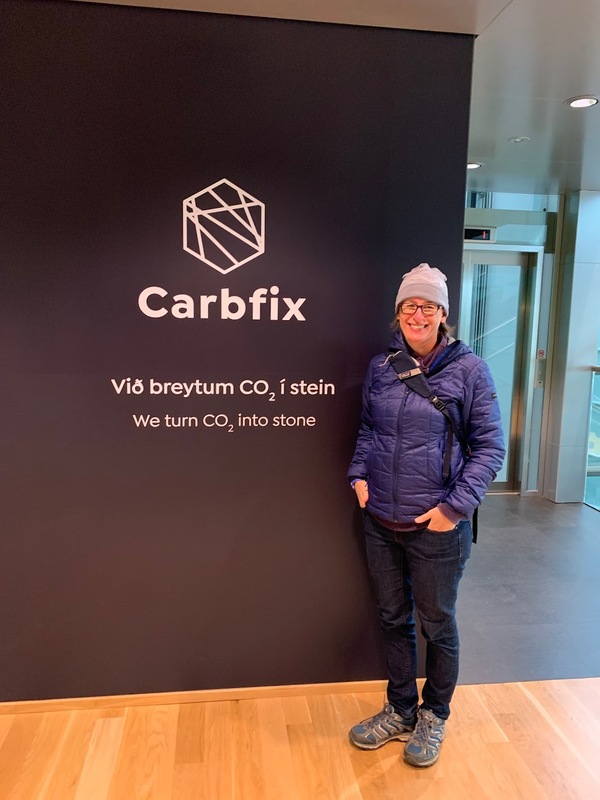 Laura Peterson at the Hellisheidi geothermal power plant in Iceland.