1. Why was it important to you to include a linguistics-oriented IIM or a Linguistics minor as part of your studies while you were at Luther?

I studied vocal performance at Luther, which introduced me to communicating in and studying new languages. As I learned how to translate operatic scores and was memorizing text in languages I couldn't speak, I became fascinated with the study of language - how languages relate to one another, change over time, and connect people. Music and language are so intertwined - my study of both singing and linguistics really complemented each other.

2. What sort of occupation or professional activity are you engaged in now?

3. In what ways has the knowledge you gained through studying linguistics contributed to how you engage with your current work and/or the world in general?

As a singer, my primary goal on the stage is to communicate. Authentic storytelling relies on an understanding of the language, and whether or not I am fluent in the language I am singing in, my goal is to communicate well. My time studying linguistics at Luther has given me so much appreciation for the intricacies and history of the languages I sing in, but also a deep respect and curiosity for the languages, cultures, and people I'm around daily.
I will forever be grateful for the instruction I received from Professor Zaring about the International Phonetic Alphabet - I use IPA anytime I am learning a new operatic role or am teaching my voice students new repertoire! 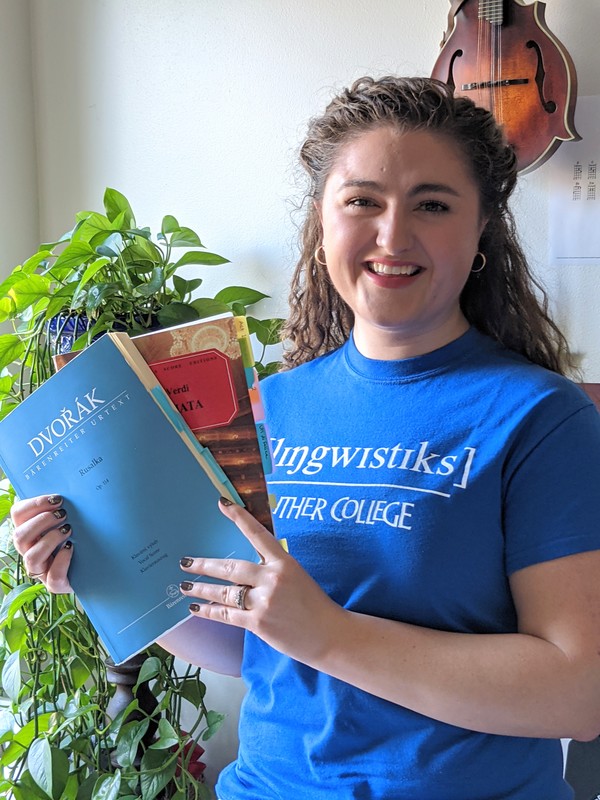