After serving his country in the U.S. Army during the Vietnam War, Keith began his insurance career in Des Moines with Aetna Life and Casualty in the bond department, then in St. Louis and concluding as manager of the Knoxville, Tenn., office. He then went into the agency business with E.H. Crump Insurance, eventually forming his own insurance agency, Insurance Services, Inc., serving the Tri-Cities area. Keith was not only known and respected for his bond and fiduciary knowledge, but for the attentive personal service he provided for clients and leadership within the construction industry. In 2008, Keith sold his business to Shafer Insurance, where he worked until his death.

Keith played basketball and softball in recreational and church leagues in Des Moines, Knoxville and St. Louis; then shared that love and skill for many years with boys and girls in the City of Kingsport leagues. He was an active longtime member of Kingsport's Holy Trinity Lutheran Church, leading many of its stewardship campaigns. His steadfast faith sustained the cross he endured for many years having had rheumatoid arthritis 'without complaint' and then cancer for many years. That pain is now eternally gone.

Loving husband, father, grandfather and friend, Keith is survived by his wife, Connie and their two children, Ryan with wife, Shaunna living in Pennsylvania, and Courtney with husband, Darin Courtney of Knoxville; grandchildren, Kersten and Alyse Steere, Bella and Cove Courtney; his sister, Rose with husband, Al Dias living in California, and their children, Rachelle Dias Fowler in Minnesota and Stephanie Dias Note and family from Pennsylvania. Special thanks for their care and friendship is extended to Dr. Arthur Boyd, Dr. Sue Prill, Dr. John Fincher, Bristol Hospice, 'the golf group', Pastor Steve Counts and The Holy Trinity Lutheran Church congregation.

Celebrating the life of Keith while here on earth was held at a Memorial Service at Holy Trinity Lutheran Church, 800 Broad Street in Kingsport on January 4, 2013. Gifts in Keith's memory are requested to be extended to Holy Trinity Lutheran Church at 800 Broad Street, 37660; or to CASA for Kids, Inc. at 310 Shelby Street, 37660. Please visit www.hamlettdobson.com to leave an on-line condolence for the family. Hamlett-Dobson Funeral Homes, Kingsport is serving the family of Keith H. Steere. 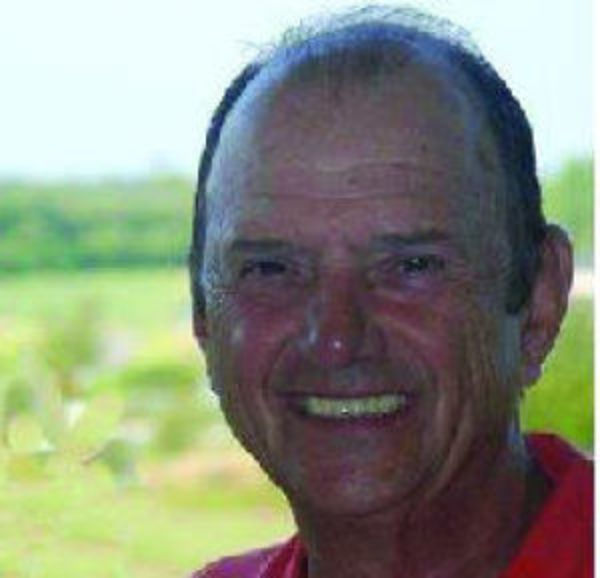