RONALD IVAN JOHNSTAD was born in Whitehall, Wis., on Jan. 13, 1937. Ron's first 17 years were spent with his parents, Iver and Olga (Ronnei) Johnstad and his five siblings on their family farm outside the quiet village of Pigeon Falls, Wis.

Ron valued hard, physical labor. He could swing a hammer, harness a horse and milk a cow by hand. The farm built physical strength and a work ethic that served him well throughout his life.

He also learned to hunt and fish early. He played baseball and football, and most of all, he enjoyed the thrill of ski jumping. At the age of 13, Ron jumped his way to a gold medal at the National Class C Ski Jumping Championship.

Music filled the Johnstad house. Everyone played an instrument. No one was afraid to croon. Ron's father led a dance band with his Hardanger fiddle, and the band played for dances throughout the region. Ron too was musically gifted. As a teen, Ron was often sitting in the band playing drums. He banged on pianos and strummed guitars his whole life, but it was Ron's baritone voice that was stunning and smooth. Few will forget his beautiful renditions of "The Lord's Prayer" and "How Great Thou Art."

At 17, Ron left high school without graduating and joined the Air Force where he sang in the Keesler Male Chorus. After his service in the Air Force, he attended Waldorf and Luther Colleges, where Ron distinguished himself for both his musical and athletic talents. At just over six feet and 200 pounds, Ron was a fierce and almost unstoppable fullback and was recognized as a junior collegiate All-American.

At this time, Ron, along with his brother, ROLFE JOHNSTAD ‘62, and great friends, RON KLIPPING ’62, and DICK SANSGAARD ‘62, founded the Norsemen Quartet. These four highly talented men traveled together, singing concerts in churches and community halls across the United States for the next five decades.

During college, Ron also became engaged to the biggest love of his life: Mary Ellen Olson from Forest City, Iowa. The Swedish beauty queen and the Norwegian football star were married in 1961. Ron and Mary Ellen worked, traveled, and raised two children, Mark and Heidi, together. They were married for nearly 53 years.

Athletic, handsome and creative, Ron was one of those brilliant people who would have likely found success at any endeavor. He honored his strong faith and entered the Lutheran Ministry. In 1963, Ron and Mary Ellen moved to St. Paul, Minn., where he attended Luther Seminary. Ron greatly enjoyed not only the spiritual aspects of this time, but also the intellectual, and he immersed himself in academia.

Pastor Ron and Mary Ellen shared a passion for adventure, and in 1967, they accepted a call to Montana. The big young man from the Wisconsin farm absolutely embraced rural Montana with its wide-open spaces and opportunities to hunt, fish, ski, and ride horses. There were few better than Ron with a gun or a fly rod.

For the last years of his Ministry, Ron and Mary Ellen lived in El Paso, Texas, where he served at Mount Hope Lutheran, and where they adored the people, the year-round golf, and the unique culture. When it was time to retire in 1998, they headed home to Montana and their current home in Paradise Valley.

Over his decades of Ministry and beyond, Pastor Ron was a friend to countless people. He had the ability to inspire. He embraced life and was not afraid to cry or to sing out - loudly! Pastor Ron's parishioners will also remember him as a skilled orator. He approached his sermons with discipline and intellect and he challenged people to think about their own faith. He shined during moments of great joy and crisis within people's lives.

Pastor Ron also traveled throughout his life and had many grand adventures. He loved and was very proud of his two children and three grandchildren. He wrote poetry, music and books. He made great accomplishments and won awards. His contributions and innovations to the ministry will be carried forward, but for him, the thing that mattered most was the people who shared his life and community.

Pastor Ron went to his heavenly home on Jan. 30, 2014. He was 77. He is survived by his wife, his two children, his three grandchildren, his brothers and two of his sisters, as well as, their spouses, nieces, nephews, and countless friends. He was an extraordinary man who was greatly loved and will be greatly missed. He was larger than life on this Earth, and there is no doubt that he is singing and dancing once again.

A celebration of Ron's life was held Saturday, Feb. 8, at American Lutheran Church, Livingston, Mont. He will be interred later in Pigeon Falls near those of his family who went before.

Arrangements are under the direction of Franzen-Davis Funeral Home and Crematory. Online condolences are available at franzen-davis.com. 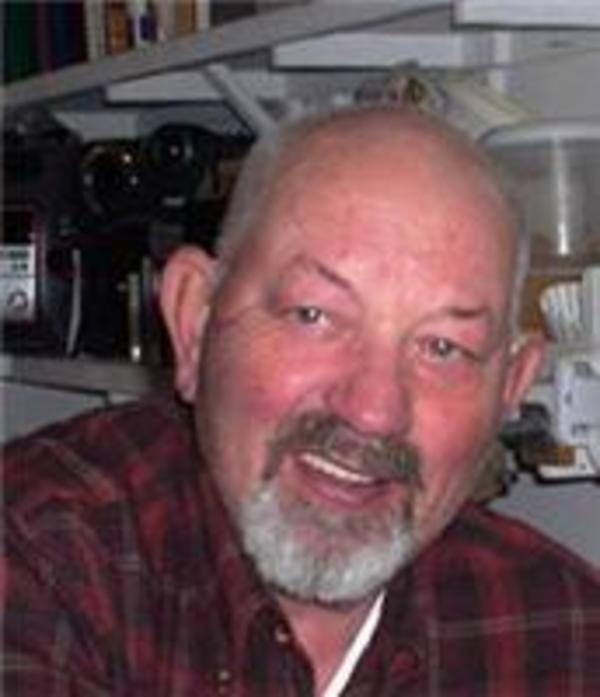