DARLENE NOLA (PETERSON) JONES, 79, died at her home in Decorah, Iowa, in the company of family members, on Tuesday, November 19, 2013, after a long and valiant fight with cancer.

Darlene was born August 25, 1934, in the same bedroom of the farmhouse where her eight older siblings had also been born, in rural Blooming Prairie, Minnesota. Her parents were Ormanzo Peterson and Mabel (Thompson) Peterson.

She attended a one-room country school for eight years, and graduated from Blooming Prairie High School in 1952. She attended Luther College in Decorah, Iowa, graduating with a B.A. in elementary education in 1955. While at Luther she also took art courses from Orville Running. That was the beginning of a lifetime filled with creativity in the visual arts, among which sculpture was a favorite. Her years at Luther also enhanced her faith in God, a faith which continued to grow throughout her life

She began her teaching career in Midland, Michigan, in 1955. On December 27 of that year, she married Robert B. (Bob) Jones. They made their home in Midland for two years, and then moved to Ann Arbor, Michigan, where she helped support her husband by teaching in the Ann Arbor schools while he attended law school. In February 1960 they moved to Chicago, and lived there or in suburban River Forest for 48 years.

In 1963, she and Bob adopted his sister's five children—Nancy, Martha, Eda, Wendy, and Hugh, then 15, 11, 10, 7 and 4 years old, respectively—after the deaths of their birth parents. Darlene was 29 years old at the time. She raised them as if they were her own, and saw all of them graduate from college and move on to professional careers.

Her life was filled with volunteer work. She was a leader in or founder of dozens of artistic and charitable organizations. Among them are The Art Institute of Chicago, Lutheran Social Services of Illinois (for which she chaired its Amicus Certus award dinner), Lutheran World Relief of Chicago, Infant Welfare Association of Oak Park and River Forest (for which she chaired a benefit held in Frank Lloyd Wright's Winslow House, his first independent commission in 1893). Also prominent were her contributions to United Lutheran Church of Oak Park, including dozens of ten foot banners that she designed and painted to commemorate events of the Christian liturgical year.

She was a member of the River Forest Tennis Club, where she designed and made outrageous costumes which she wore in the Club's traditional amateur shows.

She moved with Bob to Decorah in 2008, to a home that she designed and dearly loved. She resided there until her death.

Darlene was exuberant and filled with a zest for life. She was an artist, and she brought beauty to every corner of the world she touched. Her clothing and her decorating schemes were vibrantly colorful, and her ever-present headbands set her apart. Her faith was strong, and her courage, strength and selflessness were demonstrated by her willingness to take on five children. She lived a full and rewarding life.

God bless her and her memory.

Darlene’s family would like to thank the many people, near and far, who blessed her with laughter, prayers, gentle notes, warm wishes, happy memories, musical serenades, and good food in her final weeks. Special thanks go to her caregivers from Winneshiek Medical Center Hospice, and to Cheryl Fleshner, who provided daily help and cheer. 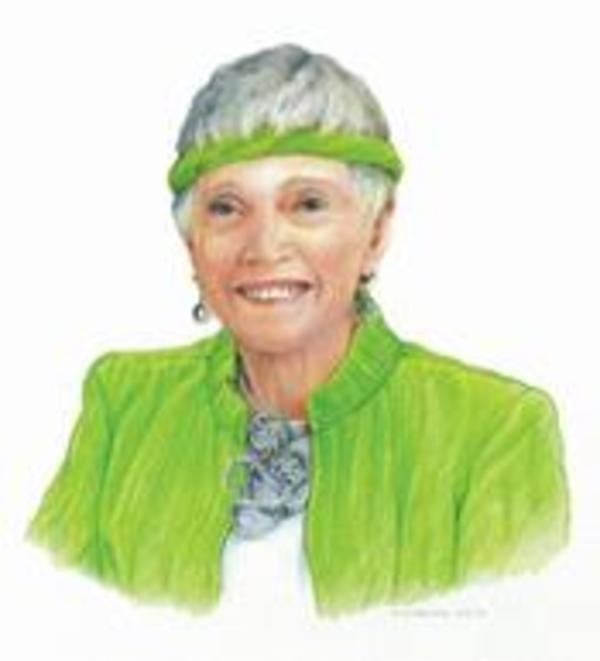