Rev. JOHN THOMAS ROTTO, 84, died Nov. 29, 2013. The day before his death he was in fine form for Thanksgiving when he and Fern entertained family at the Hotel Winneshiek. He told stories and shared memories full of gratitude for his family and God's great mercy. A memorial service was held Dec. 8, 2013, at Good Shepherd Lutheran Church in Decorah with Rev. Joan Mau officiating.

John Rotto was born March 8, 1929, to Jonette (Raftshol) and ISAAC ROTTO ’25, while Isaac was at Luther Seminary in Minneapolis. John grew up in Berthold and Portland, N.D., while his father served Lutheran parishes there. John was a graduate of Portland High School in 1947. He then attended Luther College where he began preparing for seminary and played his baritone saxophone in the Luther College Concert Band. There he met LINA (RUFSVOLD) ROTTO ’51, of Buffalo, S.D. They were married June 8, 1952, in Buffalo, while John was a student at Luther Theological Seminary. He was ordained at Bruflat Lutheran in Portland in 1955 where his father was the pastor, and served his first parishes at Forman and Rutland, N.D. He was the founding pastor at Christ the Victor Lutheran Church in Fairfax, Calif. John also served as senior pastor at both Our Saviors Lutheran Church in Valley City, and United Lutheran Church at Grand Forks, N.D., where he served for 15 years. Before retiring from United Lutheran, John entered into recovery and maintained sobriety for the rest of his life. He retired early to accommodate the onset of Lina's Alzheimer's disease. During this time he also served as an interim pastor in many places from northern Minnesota to southern Florida. John and Lina retired to Decorah and were among the first residents of Vennehjem. They were members of Good Shepherd Lutheran Church. His service to the church was wide and varied. He was on many councils and boards including the National American Lutheran Church Council, Lutheran World Relief National Board of Directors and the Luther/Northwestern Theological Seminary Board of Directors. John was a warm and loving husband and father. His responsibilities to his congregations did not deter his affectionate family style. The closeness he learned as a child in a tight-knit family of nine children served him well as a husband, father and pastor. He and Lina were parents of four children: Jon, LiAnn, Daniel and Peder, and grandparents to Sophie, Ida and Ingrid. In the late 1950s John secured a steep property on the shores of Kabekona Lake in northern Minnesota. There the family spent summers in the beauty of the woods and on the lake. With the help of friends he built the original cabin and outhouse. John also built a beautiful wooden speedboat that survives to this day. In the early days he loved to retire to the cabin deck after a summer days project, perhaps with his pipe and cool refreshment. It was here his children would often regale him with tales of their antics and in later years, delve into life's deeper questions.

John once wrote, "When we listen to the whole of what the Gospel says, we recognize that the salvation won for us in Jesus Christ is not just for us, as human beings- it includes the land, water, air, wildlife and the rural character that is North Dakota. These too are the beneficiaries of the life that is ours in Christ. The Gospel addresses itself to the Whole of Living -- to our churchly life, our planning, our legislation, our economy, law enforcement, social welfare, soil conservation -- all are caught up in the wonder of sharing and celebrating the redemptive generosity of God. This involves a dimension of meaning for life that sees todays history, with its fearsome pace and rapid change, as God's arena for good."

John and Lina lost their beloved daughter, LiAnn, to cancer in 2006. John remained Lina's primary caregiver until the last year of her life, spent in the Memory Care Unit at Aase Haugen Home in Decorah. He visited her there faithfully until her death in 2007.

John married Fern (Studlien) Fugleberg at Bang Church in Portland, N.D., May 22, 2010. Fern's three sons were bridesmen and John's three sons were groomsmen. Fern is a younger sister of John's best friend in high school. She lost her husband in 2008. John and Fern's time together has been short but filled to the brim with traveling vacations and visits to family and friends. John relinquished his caregiving role to Fern as his medical visits became more frequent. Their love was apparent to all that spent time with them.

John was preceded in death by his parents, Isaac and Jonette; his wife, Lina, his daughter LiAnn, his brother, THEODORE ROTTO ‘56, and his brother-in-law, JEWELL LYNGAAS ‘58.

Memorials may be sent to Good Shepherd Lutheran Church and designated for Lutheran World Relief, Heifer International or the Alzheimer's Association. 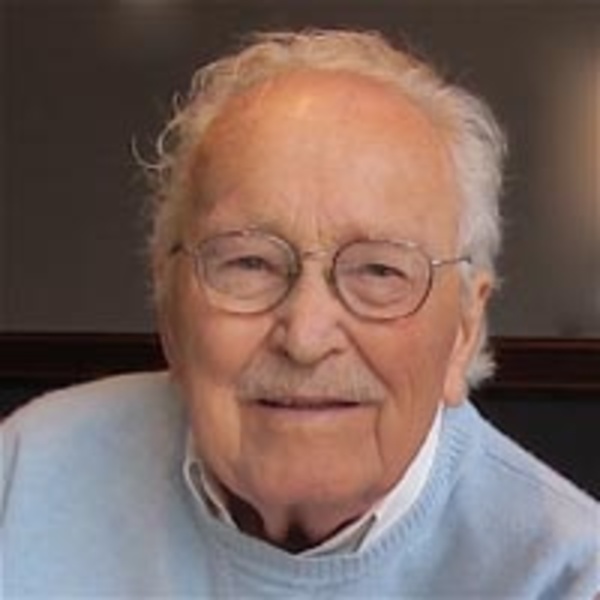