Each January, students at Luther College in Decorah study one course in-depth, on campus, abroad, or as an intern. This past January, for the first time in 20 years, students were able to travel into Israel and the West Bank.

Karla Suomala, associate professor of religion, and her husband, Luther pastor David Vasquez, created the course, “Crossing Jordan: Borders and Identity in Israel and Jordan.” Twenty-one students, including myself, signed up to learn about how borders such as the Jordan River and other borders in the region have affected the everyday lives of inhabitants historically, as well as in the present.

Our month-long journey took us through various locations in Israel, Palestine, and Jordan. One of the group’s favorite trips was a visit to a Bedouin camp in a canyon known as Wadi Rum, in the desert of Jordan. Wadi is the Arabic word for a ravine or canyon, which can fill up with water during the rainy season. The Bedouins are clans of traditional Arabs who typically dwell in the rural desert.

We began our stay at the camp with an adventurous drive through the sandy and mountainous desert in the beds of pickup trucks. We referred to the ride as “off-roading,” and we made stops to climb sand dunes, visit local Bedouin people, and watch the sun set over the mountains.

Later that night, we ate dinner around the campfire and learned some traditional Arabic dances. We stayed in tents overnight, as temperatures dropped to near 40 degrees Fahrenheit. Of course, we did have some time for education while in the Bedouin camp.

“I think my favorite moment was when we were around the fire reading the story of Ruth,” Vasquez said. “We were right near the mountains of Moab, and we saw the story differently then because we were going back to something familiar, and seeing it differently.”

Another highlight of our trip to the Bedouin camp was the next morning when we woke up bright and early to take a camel ride through Wadi Rum to watch the sunrise. We enjoyed a relaxing end to a powerful and informational trip.

“The Wadi Rum was an amazing place to stay and explore. Riding camels, four-wheel-drive tours, watching the sunset and sunrise, climbing sand dunes while being simply immersed into Bedouin culture provided me with memories that will stay with me forever,” said one of my classmates, Kurt Hellmann.

In addition to our Wadi Rum experiences, being so immersed in many different cultures over our 23-day trip gave us new perspective on religion, history, and ways of life. “This course taught me a lot of information, presented different ways for me to look at things, but ultimately left me asking a whole lot more questions. And I think that that is an okay thing,” said my classmate Catherine Lewis. 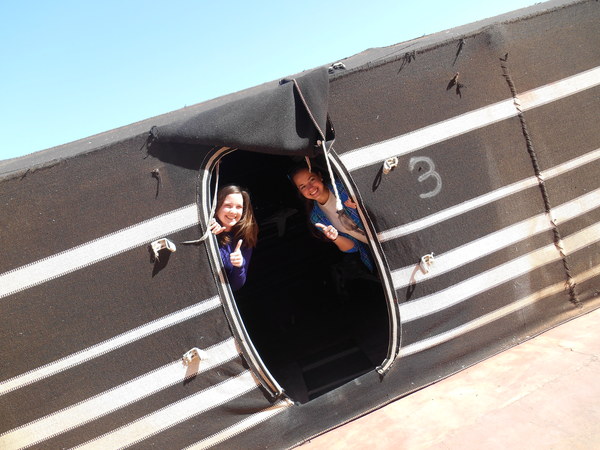 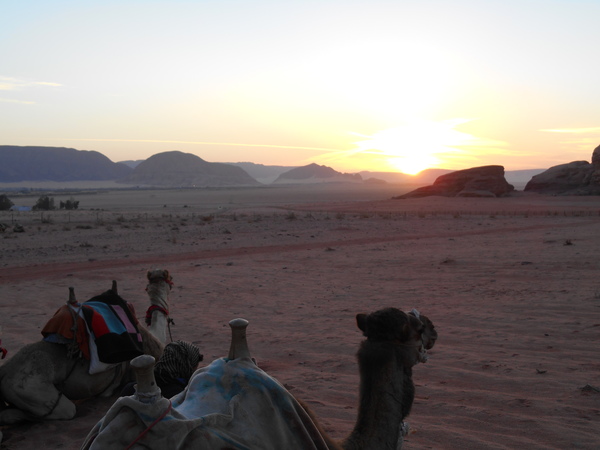 Camels carried students into the desert to watch the sun rise early one morning. 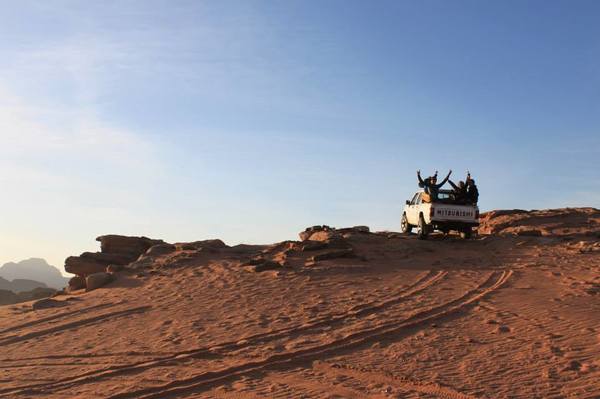 Students went off-roading in the beds of pickup trucks for a tour through Wadi Rum in the Jordanian desert.

Cole '04 writes about growing up in Liberia during civil wars