Pianist, composer, educator and social activist, Danilo Pérez is among the most influential and dynamic musicians of our time.Born in Panama in 1965, Pérez started his musical studies when he was three years old with his father, a bandleader and singer. By age 10, he was studying the European classical piano repertoire at the National Conservatory in Panama. After receiving his bachelor’s degree in electronics in Panama, he studied jazz composition at the prestigious Berklee College of Music. While still a student, he performed with Jon Hendricks, Terence Blanchard, Slide Hampton, Claudio Roditi and Paquito D’Rivera. Quickly established as a young master, he soon toured and/or recorded with artists such as Dizzy Gillespie United Nations Orchestra from 1989-1992, Jack DeJohnette, Steve Lacy, Lee Konitz, Charlie Haden, Michael Brecker, Joe Lovano, Tito Puente, Wynton Marsalis, Tom Harrell, Gary Burton, and Roy Haynes. In 2000, Danilo joined Wayne Shorter, to form Shorter's great quartet with John Patitucci and Brian Blade. Since 2003 he has been touring with regular trio featuring Ben Street and Adam Cruz.

In 1993, Pérez turned his focus to his own ensembles and recording projects, releasing eight albums as a leader, earning Grammy® and Latin Grammy® nominations for Central Avenue (1989), Motherland (2000), Across The Crystal Sea (2008). In 1996 he was sign by producer- Tommy Lipuma to join the Impulse label and recorded Panamonk, a tribute to Thelonious Monk which according to DownBeat magazine is one of the most important jazz piano albums in the history. Additionally, Pérez released Providencia, his debut for Mack Avenue Records, in August of 2010. The album was also nominated for a 2011 Grammy® Award in the category of “Best Instrumental Jazz Album.” As a composer, he has been commissioned by The Lincoln Center, Chicago Jazz Festival and Imani Winds Quintet among others. Last year Carnegie Hall commissioned him to write an octet for members of the Simón Bolívar Symphony Orchestra of Venezuela. In May 2014, he was commissioned by The Banff Centre to write a piano quintet for the Cecilia String Quartet titled "Camino de Cruces" and he also composed the music for the Museum of Biodiversity in Panama, designed by renowned architect Frank Gehry.

Pérez, who served as Goodwill Ambassador to UNICEF, has received a variety of awards for his musical achievements, activism and social work efforts. He currently serves as UNESCO Artist for Peace, Cultural Ambassador to the Republic of Panama, Founder and Artistic Director of the Panama Jazz Festival, and Artistic Director of the Berklee Global Jazz Institute in Boston’s Berklee College of Music. His latest album, Children Of The Light, a collaboration with fellow Wayne Shorter Quartet members John Patitucci and Brian Blade was released on Mack Avenue in September of 2015. 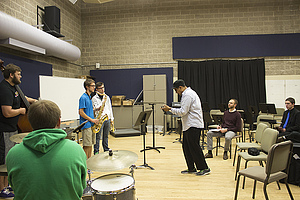 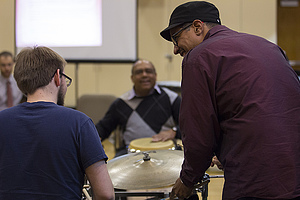 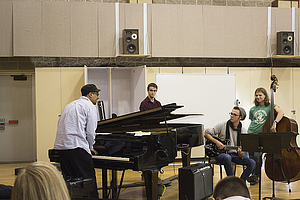 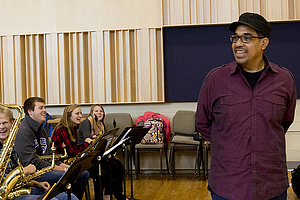 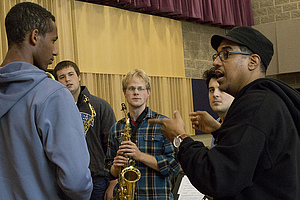 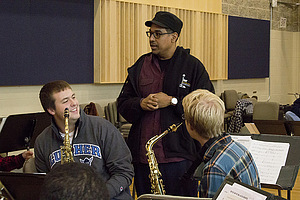 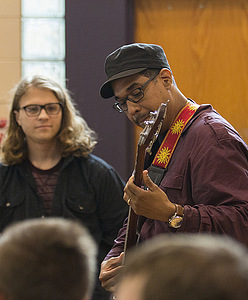 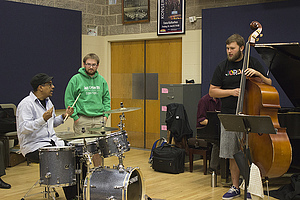 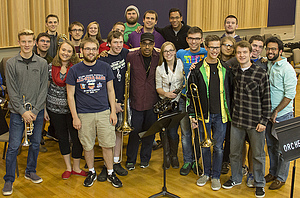 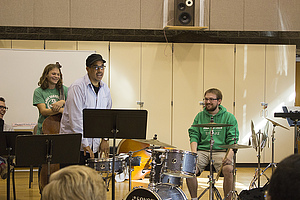 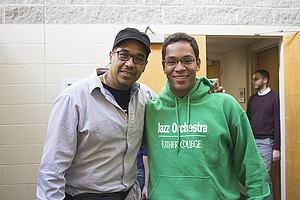