Recently voted as a Rising Star Trumpeter in the Downbeat Magazine Critic's Poll, John Raymond has been making a name for himself as one of the most promising, up-and-coming jazz musicians in the world. He has performed with some of most well-respected names in jazz including Kurt Rosenwinkel, Orrin Evans, Billy Hart, and Linda Oh among others. He has released five albums since 2012 including his most recent "Real Feels" which was received to widespread acclaim, including a ★★★★1/2 Downbeat review as well being named one of the Best Jazz Albums of 2016 by Stereogum. Raymond also started on faculty at Indiana University in the Fall of 2017 as Professor of Jazz Trumpet. John Raymond's trio Real Feels is a unique band that includes rising stars Gilad Hekselman (guitar) and Colin Stranahan (drums). With a unique flugelhorn/guitar/drums instrumentation, the genre-bending group combines indie-rock and folk-influenced original music with fresh takes on familiar songs by artists like Bob Dylan, Paul Simon, Bon Iver, Lennon/McCartney and more. The music undoubtedly evokes a nostalgia for the past, however "Real Feels" is far from being antiquated. The band's improvisational, free-wheeling, keep-you-on-the-edge-of-your-seat kind of approach to the music makes the songs feel entirely relevant and has made them one of the hottest new groups in jazz music today. 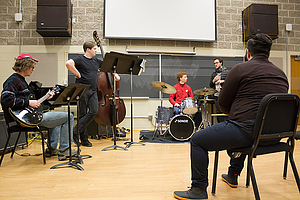 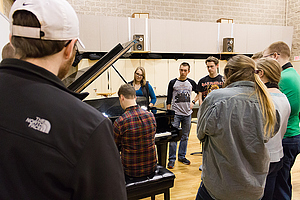 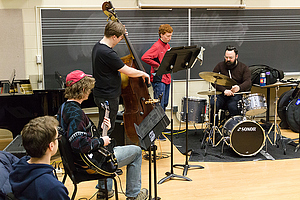 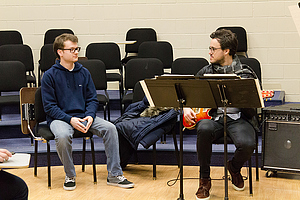 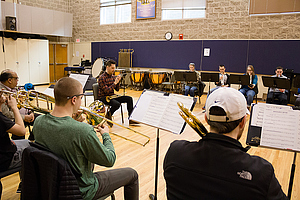 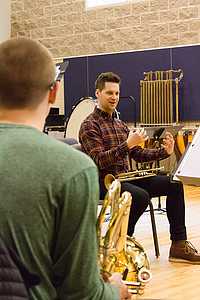 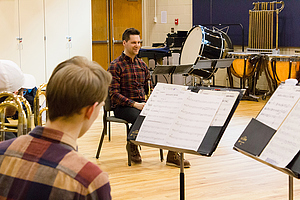 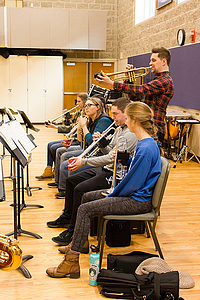 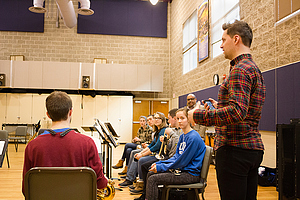 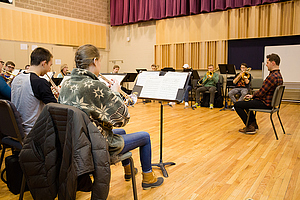