Luther College’s Phi Beta Kappa Chapter, Eta of Iowa, was installed on April 13, 1983, the result of a lengthy process of application undertaken by faculty members under the direction of Professor Mary Hull Mohr.  The installation, presided over by Catherine S. Sims, President of the United Chapters of Phi Beta Kappa, marked the initiation of 37 Luther seniors, the first chapter members. President H. George Anderson, new that spring, compared the event to the founding of the College and to the dedication of Old Main in its importance, as a recognition of Luther’s excellence and role in providing and stimulating liberal arts education.

The process of receiving a charter for Eta of Iowa began several years before, when then President Elwin Farwell inspired and offered encouragement for the application process.  Faculty members who were members of Phi Beta Kappa at their undergraduate institutions supplied information on Luther’s curriculum, faculty credentials, development, academic freedom, and compensation, as well as admissions criteria and enrollment, library holdings and staff, and laboratories.  In addition, the National Chapter looked at the accomplishments of distinguished Luther alumni, as well as the overall financial strength of the College.

Requirements for election to Phi Beta Kappa are determined by the National Chapter.  They specify that to meet the qualifications, students need to have completed 75% of their course work in liberal arts courses at a high level of excellence, have been in residence for at least two years, and have an appropriate level of proficiency in mathematics and foreign language.  The job of our Phi Beta Kappa Committee was to demonstrate that Luther could help students meet these qualifications, and faculty undertook a detailed review of academic department course offerings to make clear sufficient, rigorous courses fell under the rubric of liberal arts, rather than professional or applied courses.

The written report was followed by an on-site visit by two representatives from the National Chapter, who talked with President Farwell, faculty, and students, visited the library, and attended campus programs and concerts, hosted by Prof. Mohr.  The visit inspired in them a strong appreciation for the College, and began a warm relationship.

At the Phi Beta Kappa Triennial Convention in the fall of 1982, Luther’s application for a charter was put forward by the National Chapter and voted on by the representatives of college and university chapters across the country.  David Wee, Professor of English at St. Olaf College, knowing how much this meant to Luther, called Prof. Mohr immediately from the Convention hotel to tell her of the vote and to offer congratulations.  When the announcement was made by the National Chapter, it was greeted by general enthusiasm on campus.  That night, President Farwell arrived at the Mohrs’ home with a bottle of Scotch.

While many people contributed to Luther’s application, it was Prof. Mohr’s outstanding leadership and determination that made the Chapter a reality.  Her far reaching responsibilities on campus since she began her career at Luther in 1963 included significant committee responsibilities, leadership roles, and inspired teaching, notably in Medieval and Renaissance literature.  She also participated in planning and teaching several successive common first-year courses.  For many years she served on accreditation teams for North Central Association, evaluating colleges on the strength and breadth of their academic programs.  Her experience, coupled with her love for Luther and its students, prepared her to oversee the process for the Phi Beta Kappa application, and to serve as its first president. She has remained a faithful chapter member, serving on committees to establish election criteria, to elect members-in-course, and to apply for Phi Beta Kappa Distinguished Lecturers.  Luther owes its chapter to her persistent and dedicated work.

On December 5, 1776, a group of five young men, students at the College of William and Mary in Virginia, violated college rules by meeting in the Apollo Room of the Raleigh Tavern in Williamsburg, where they formed the Phi Beta Kappa Society. Alexis de Toqueville observed early in our country’s history that this is a nation where, when something matters to people, they form a voluntary society, and these young men wanted a society dedicated to the life of the mind and to moral formation.

In the next five years, chapters were established at Yale and Harvard. In the next fifty years four more chapters were founded: at Dartmouth in 1787, at Union in 1817, at Bowdoin in 1825 and at Brown in 1830. By the mid nineteenth century, having swelled to twenty-five chapters, the need for closer unity led to the organization of the national body, now called the Phi Beta Kappa Society. At present there are over 270 chapters at colleges and universities nationwide, with a membership of over half a million. In 1875, the Society extended membership to women. In 1926, to mark the 150th anniversary, the Society began to raise an endowment fund and to explore ways to encourage scholarship in the educational institutions of the country.

The Society has joined in the defense of freedom of teaching and inquiry and it is a leading advocate of the liberal ideal in education. At Luther College we are glad to be beneficiaries of the Phi Beta Kappa Visiting Scholar program, which has brought distinguished lecturers to our campus almost every year since our Chapter was founded.

The original organization at William and Mary was a secret society, but in the 1830's most of the branches repealed the injunction to secrecy. They kept, however, the medal or key with its symbolic engraving, and the interpretation of these symbols has continued to be part of the initiation ceremony. The present key, except for its smaller size and for the lower stem added by the branch at Yale, is almost the same as the original medal of the Alpha of Virginia. On one side the key bears the Greek letters Phi Beta Kappa, the initials of the words "Philosophis Biou Kubernetes—love of wisdom is the helmsman of life". In the upper left corner three stars symbolize the aims of the Society: Friendship, Morality, Literature. A pointing hand in the lower corner symbolizes aspiration. On the reverse side the letters SP represent the second motto of the Society, Societas Philosophiae. Below them is engraved the historic date, December 5, 1776: and above them the name of the member. 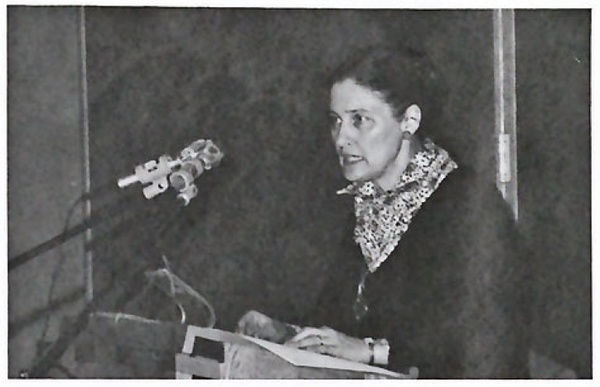