Luther College is proud to say that all electricity used at the president’s residence comes from the sun. The 19 kW solar photovoltaic (PV) system was installed in two phases, both projects stemming from the generous support of friends of the college.

In August 2013 a 5.3 kW array was installed on the garage roof of the president’s house. The system was funded by generous contributions of several donors--former Luther parents, faculty and staff members, and friends of the college. It was the donors’ wish to thank Luther’s ninth President, Richard L. Torgerson, and his wife, Judy, for their commitments to sustainability over the course of his 14-year term in office. This system was designed and installed by Go Solar!, a Decorah-based solar installer. It consists of 22 SolarWorldUSA panels, each rated at 240 watts, with an average annual production of 6,360 kWh. Total installed cost for this system was $3.05 per watt.

In August 2016 a second system, a 13.7 kW array, was mounted on the roof of the president’s home. Another gift from former Luther parents Leon and Linda Gregg made this project possible, and because of it, all electricity used at the president’s residence comes from the sun. The system was designed and installed by Perry Novak Electric, a Decorah-based solar installer, and utilizes a bracket to increase the angle of tilt due to the low pitch of the roof. It consists of 42 SolarWorldUSA panels each rated at 325 watts and a Solar Edge inverter. Annual production is estimated at 12,500 kWh and the total installed cost was $2.76 per watt.

When the arrays at the president’s house produce more power than the house is consuming, the surplus electricity powers homes and businesses on the west side of Decorah. Luther receives full retail credit for this surplus power through Iowa’s net metering rule.

The college is grateful to all of the generous donors who made this project possible. Solar panels--a gift that will keep on giving to the college in the form of electricity savings over time--are one way the college is able to achieve goals of environmental, social, and fiscal sustainability. 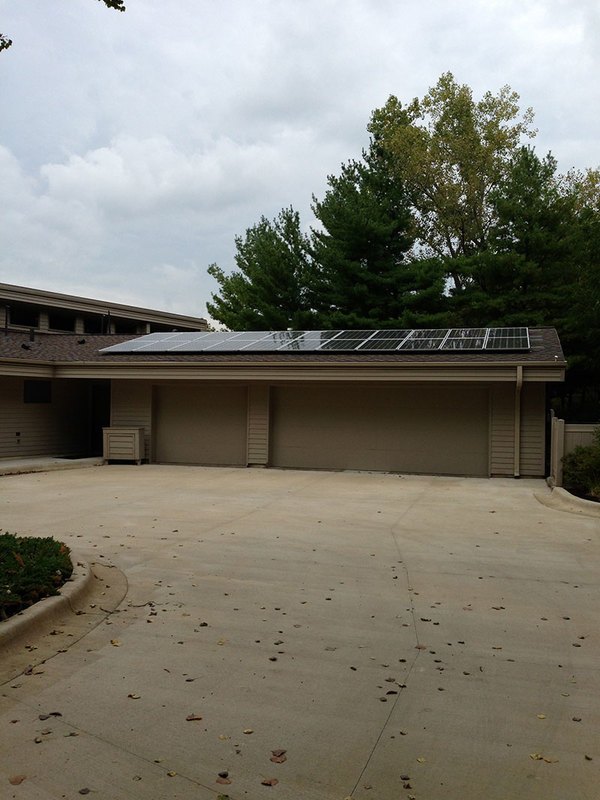 5kW Array at the President's House 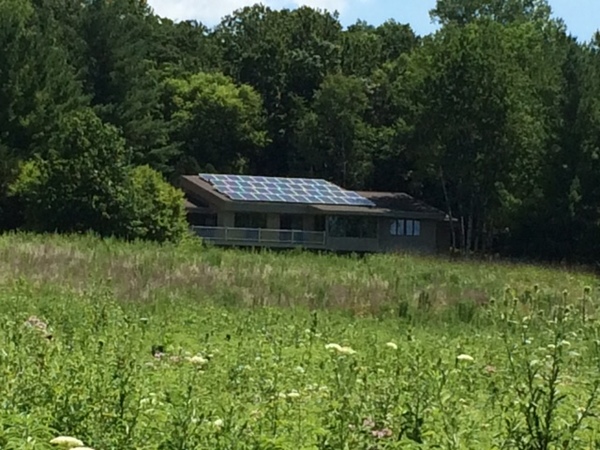