During the fall of 2015 Luther College installed an additional 821.76 kW of solar photovoltaic (PV) power in three arrays on the main campus.

The vast majority of this capacity (725.76 kW) is installed in two ground-mounted arrays on college property north of Pole Line Road. The east array is 172.8 kW in size and sited behind Luther’s existing 280 kW array. The west array is 552.96 kW in size and sited in the field to the west. The electricity generated by both arrays is used to power the Regents Center via a dedicated underground transmission line.

The remaining 96 kW of capacity is installed on the roof of the Preus Library and the electricity generated by the array is consumed within that building.

The arrays were designed never to produce more electricity than Luther can consume, thus the production simply offsets electricity purchases and is not subject to Iowa’s net metering rule. 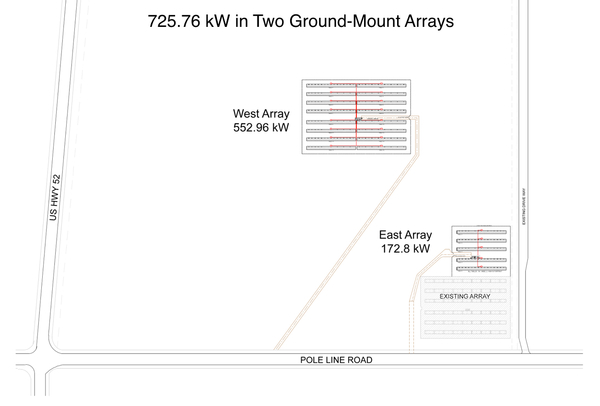 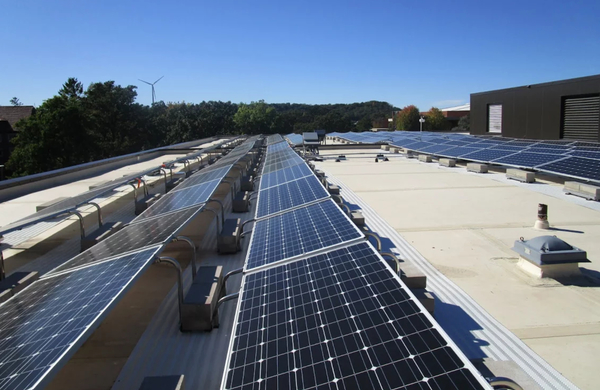 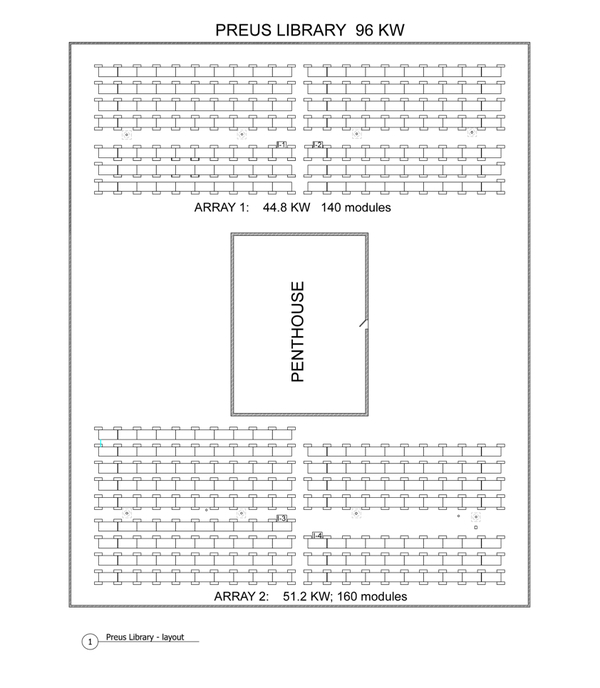