Top Banana (TB) is an official student organization of Luther College advised by Dr. Robert Vrtis. TB is an audition-based improv comedy troupe specializing in the art of short form. Holding several shows throughout the year, TB provides an opportunity for members to craft their improv skills.

TB members frequently MC events, such as the Marty's Open Mic Night, and SPIN's musical theatre cabaret. TB also works to bring performers to campus. In the past, they have hosted the Upright Citizens Brigade Co., a comedy troupe founded by Amy Poehler.

Founded in 2010, by Chris Paulson ('13), Anne Walsh ('12), and Jake Wessels ('11), Top Banana has been an ever growing group. From its humble beginnings as a bunch of friends performing for each other, TB shows now draw huge crowds. TB has also traveled to Minneapolis and Chicago to compete in the Collegiate Improv Tournament. TB dreams of putting a smile on every Luther student's face.

Connect with Top Banana on Facebook (or via email) for updates about shows and auditions! 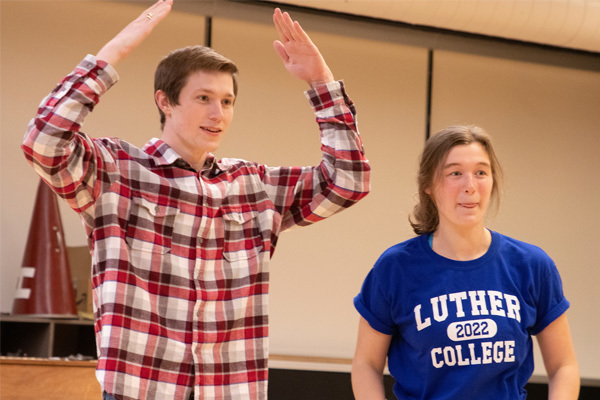 Two members of Top Banana rehearse a skit in 2020. 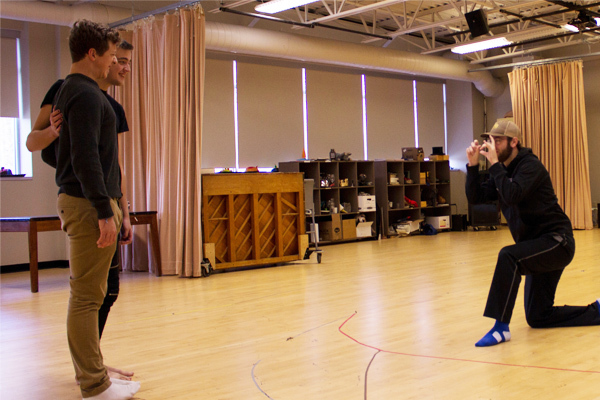 Three members of Top Banana rehearse for a skit.