Orlando W. “Pip” Qualley, professor of classics and vice president of Luther College, spent the 1924-25 academic year in Egypt. He was on the staff of an archaeological project of the University of Michigan at a site named Karanis, a city of the ancient Roman period. During that year he purchased for Luther nine ancient papyrus fragments from an antiquities dealer in Cairo for use in his teachings. In 2014, these papyri were rediscovered in his collection during a special cataloging initiative in the Luther College Archives.  The papyri underwent modern conservation at the University of Michigan and are now housed properly in glass and have been added to an international catalog of papyrus fragments.

Orlando W. "Pip" Qualley (1897-1988) began his career at Luther College in 1912 when his parents advised him to attend the preparatory school.  He attended Luther as a preparatory department student (similar to a high school student) and then afterwards as a college student.  Qualley graduated in 1918 and then immediately began a Luther teaching career in the Classics department.  A popular and talented teacher, he held this post for most of his life, even while simultaneously serving in other positions at the College.

Qualley was the first to hold the position of Dean at Luther College, serving from 1946-1964. He was also the first Vice President, a position to which he was appointed in 1936. He was Registrar for two periods, first from 1942 to 1946, and again from 1950 to 1956. Qualley also served as basketball and football coach. After he stepped down as Dean, he returned to teaching for five years before retiring in 1969.

Before his death in 1988, Qualley had donated his teaching and administrative files to the Luther College Archives.  In addition to the papyri, The Papers of Orlando W. Qualley holds research material, administrative files, correspondence, and family memorabilia. [Read Dr. Qualley's life at Luther]

Throughout his year in Egypt, Qualley corresponded regularly with Clara Wollan, his future wife, who saved his letters until her death.  Their daughter Eileen found the letters and gave them to A. Thomas Kraabel (Luther College Vice-President, Dean, and Classics Professor), suggesting that he might do something with them.  Qualley's letters to Clara were first and foremost love letters, but interspersed among his expressions of affection were extensive reports on his work on the project and daily life in Egypt. When excerpted, those reports constitute a detailed record of that first year of the archaeological project at the site of Karanis, Egypt, which we call Qualley's Work Log. [Download a .pdf of Qualley's Work Log: 1924-1925]

Following the rediscovery of the papyri in January 2014, Luther College worked with the University of Michigan to treat and conserve the fragile documents.  While kept for decades in plastic sleeves in an acid-free, archival folder and box, the pieces were in fairly good shape.  However, they were vulnerable to bending, they needed to be cleaned up, and they needed to be re-housed in stable materials.  [Learn more about the conservation and treatment]

After conservation at the University of Michigan during the summer of 2014, the nine papyrus pieces were photographed front and back by Aaron Lurth, Luther College's Director of Visual Media.  This high resolution images allows the viewer to zoom in and see the papyri fiber and ink.  Also included are descriptions and even some translations of the papyri pieces.   [View The Papyrus Collection: Images]

The Papers of Orlando W. Qualley (finding aid) - The Luther College Archives holds the administrative and faculty files of Dr. Qualley.  View the finding aid to learn more about what we have in his collection and to request to see the materials in person.

Karanis: An Egyptian Town in Roman Times (book) - This book is published by the University of Michigan's Kelsey Museum of Archaeology and is available at the Luther College Preus Library.  This volume tells of the history and culture of Karanis, and also provides a useful introduction to the University of Michigan's excavations between 1924 and 1935.

Karanis revealed: discovering the past and present of a Michigan excavation in Egypt (book) - This book is published by the University of Michigan's Kelsey Museum of Archaeology and is available at the Luther College Preus Library.  This book summarizes the 2011-2012 exhibition "Karanis Revealed" and presents some of the new research that helped inspire it. 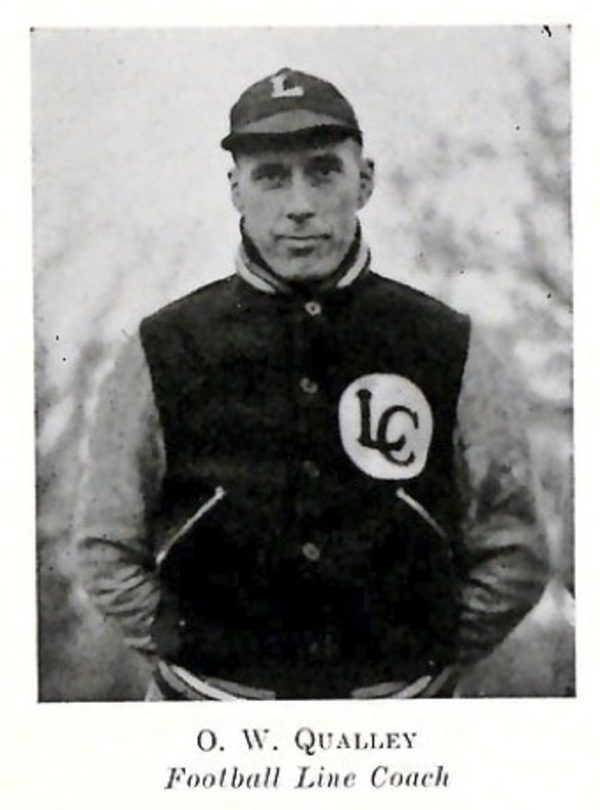 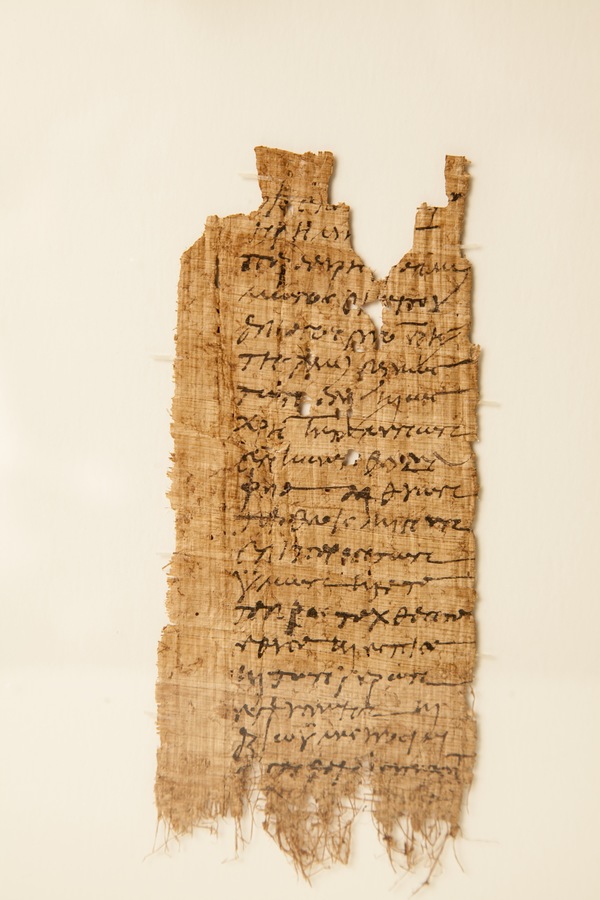 P.Luther 4: Decian Libellus, Theadelphia, ca. 12 June – 14 July, 250 CE (Front) - This papyrus is an example of a “Decian Libellus,” a certification of sacrifice according to the empire-wide decree of the Roman emperor Decius (ruled 249-251 CE). About 45 of such libelli are known today and most of them, including this example, were issued to residents of the village of Theadelphia. This concentration has prompted speculation that the Theadelphia examples come from a single large discovery in this village, which was thereafter dispersed on the antiquities market. This libellus was submitted by a man named Aurelius Sarapammon, who says that he has “sacrificed, poured the libations, and tasted the offerings,” in accordance with the decree. His claim is certified by two local officials who were in charge of administering these official sacrifices. Aurelius Sarapammon was the servant of Aurelius Appianus, a well-known aristocrat from the provincial capital of Alexandria. Appianus had many estates in the Fayum and we know from other texts that Sarapammon was a donkey driver who worked on his estate in Theadelphia. Translation: “To those who have been selected to take charge of the sacrifices, from Aurelius Sarapammon, servant of Appianus, former exegetes of the most-illustrious city of the Alexandrians, and however he is styled, residing in the village of Theadelphia. Always sacrificing to the gods, now too, in your presence, in accordance with the orders, I sacrificed, poured the libations, and tasted the offerings, and I ask that you sign below. Farewell. (2nd hand) We, Aurelius Serenus and Hermas [saw you sacrificing …” (Description and translation courtesy of W. Graham Claytor, University of Michigan)