Dr. DAVID ORLANDO LOMEN, Distinguished Professor of Mathematics at the University of Arizona, died November 15, 2013, at the age of 76, after a three-year battle with cancer. He was the youngest of three children born to Erlin and Ellen Lomen in Decorah, Iowa, where he attended a one-room school house through 8th grade. After high school he attended Luther College, Decorah, where he graduated in 1959 as a Mathematics and Physics major. In 1964 he earned his Ph.D. in Applied Mathematics from Iowa State University, where he met and married his wife, Constance. They were married 51 years and had one child, Catherine (Mark Hoerth). After several years in the aerospace industry, he joined the Mathematics Department at the University of Arizona, but continued to consult with many different computer, educational and aerospace companies throughout his long and distinguished academic career.  He retired from the University of Arizona in 2011.

David co-authored several textbooks on calculus and differential equations and was a founding member of the Calculus Consortium, a group of mathematicians dedicated to changing the way calculus is taught. For four years he was a member of the AP Calculus development committee for the educational testing services. He authored many original research articles for Applied Mathematics and Educational Journals and was a member of a committee that developed a full two-year curriculum for the Air Force to encourage their personnel to become engineers. David was a Faculty Fellow for 22 years with the Native American Center at the University of Arizona and received their Outstanding Faculty Fellow Award in 2000. He was on committees that started graduate programs in Computer Science, Biomedical Engineering, and Applied Mathematics and joined colleagues in developing and successfully obtaining research grants in various aspects of Applied Mathematics, Computer Education, and methods of teaching. He pioneered the use of computers in the mathematics classroom as an educational tool, receiving the David Lovelock Innovative Teaching Award in 2010.

David was a visiting scholar at Cambridge University, England; University of Oslo, Norway; and Stanford University, California, while on sabbatical. He worked for NASA in Huntsville, Alabama, the Norwegian Government and the Dutch Government during the summers of various years and was on many advisory boards - Luther College Alumni Association, Campus Christian Center, Luther Campus Ministry and the Norseman Federation.  He was chairman of the advisory board for NSF Educational Grants to the State of Montana and the Commonwealth of Puerto Rico.

David is perhaps best remembered for the impact that he had on the lives of others - his students, his mentees, and his colleagues. He received numerous awards for his teaching and advising of both undergraduate and graduate students and enjoyed and excelled in looking for new ways to introduce complex material to students and keep them engaged in the classroom. He encouraged others to do the same, often changing their attitudes toward teaching and the way they taught. He will also be remembered for his patience, his common-sense approach to problems, his whimsical sense of humor and his helpful attitude.

Church activities were also very important to him and his life reflected his faith, which guided him in all that he did. He served as president of Fountain of Life Lutheran Church four times, elder 17 times, taught numerous Bible classes, confirmation and Sunday school. He also served as an usher, communion assistant, and small group leader. In addition to his wife, daughter and son-in-law, David is survived by his step-mother Lorraine, step-sisters Nancy and Dorothy (Steve Van Helton), and step-brother Dale (Marilyn). He was preceded in death by his parents and two brothers, Richard and Donald.

David's family is deeply grateful for Dr. Linda Garland and Dr. Lisa Hazard and their dedicated staff for commitment and insight as he battled cancer. They also thank caregivers Margie, Lauren, Carmen and Jennifer for their kindness and care at the end of his life. A public memorial service was held Saturday, January 18 at Fountain of Life Lutheran Church, 710 S Kolb Rd, Tucson, AZ 85710. Memorials can be made to the Music Ministries at Fountain of Life Lutheran Church or the David Lomen Endowed Memorial Fund. Checks should be made payable to the University of Arizona Foundation and sent to the Mathematics Department at the University of Arizona, P.O. Box 210089, Tucson, AZ 85721. 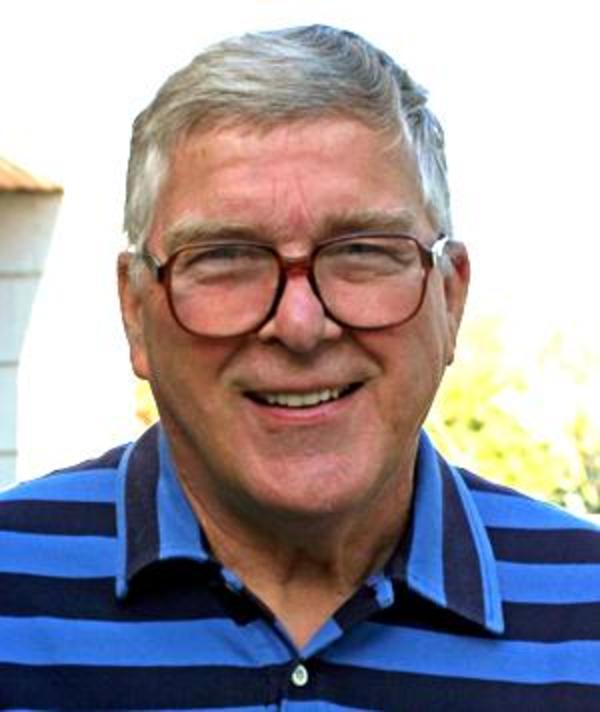