In 2021, the US federal government designated Juneteenth – the oldest nationally celebrated commemoration of the ending of slavery – a national holiday.

In 2022, Luther has for the first time designated Juneteenth as a college-wide holiday. We asked a few members of the Luther community to share their perspectives on Juneteenth.

To understand more about the history and importance of Juneteenth, we also offer these Luther resources:

Blog: What Is Juneteenth? By Professor Guy Nave

How did you learn about Juneteenth?
Growing up and going to school in Zimbabwe, I learned about US history but not in depth. I memorized dates and events. Then, I attended the United World College in Eswatini. In that diverse community, I started to become conscious of my race. When I moved to the US to attend Luther College, my home for the past three years now, my consciousness of myself as an African Black woman increased. I struggled to understand my identity within US culture and my relationship to the African American community and identity.

I learned about Juneteenth from a UWC friend who was at the University of Oklahoma; she posted about it on her social media channels. This friend had become involved with the community in Tulsa and was aware of their efforts to tell the truth around the past with the race massacre that happened there in 1921.

What resources have helped you understand Juneteenth?
I have appreciated the reading culture provided by Luther College, which has helped me understand African American history and lifestyle. My favorite has been being exposed to literature by Toni Morrison and Zora Neal Hurston – especially Zora and her reflections of the Harlem Renaissance, which has helped me appreciate the artistic expression of people after they are liberated and the power that comes from owning that part of their identity. A book that helped me understand the dynamic between Black Africans and African Americans was Homegoing by Yaa Gyasi, which follows several generations of a family from Ghana separated by the US slave trade. My friends have continued to educate me about Juneteenth. For example, my friend at the University of Oklahoma shared with me Maverick City Music’s Jubilee - Juneteenth Edition, which talks about Juneteenth from the Christian perspective.

Why is it important for Luther to celebrate Juneteenth?
Because the US socio-economic climate creates the “Black experience” within the country, it is important for me to know that the college does recognize history and has a day set aside for it. It helps my community – that is, the “Black students” on campus – feel seen and appreciated as well. As l have struggled to find my place within the US, especially as an African Black woman, it helps to know there are resources and support around the history of Black people within the US. There is an intersectionality between the African Diaspora and African Americans, that is their Blackness. Juneteenth is a celebration of the emancipation of African Americans, highlighting African American culture. It is crucial to know that the Luther community creates safe spaces to celebrate all cultures, with the celebration of Juneteenth being one where the students get to just appreciate and remember the history.

How did you learn about Juneteenth?
I had not even heard of Juneteenth until I came to Luther. In my prior educational background, I attended a primarily white school, and so I was never taught about the importance of diversity and the history of racial injustices in this country. This was one of the big reasons why I came to Luther, as I knew the school had a strong international student body and a commitment to diversity, equity, and inclusion.

What resources have helped you understand Juneteenth?
Never having been formally taught about it, my knowledge of Juneteenth has mostly come from my fellow Luther students and the internet. I have been fortunate that many members of the Luther community are very accepting and willing to teach and critically engage with me on this topic.

Why is it important for Luther to celebrate Juneteenth?
To me, the celebration of Juneteenth at Luther is not merely a way to recognize historical significance of past action. Rather, it is a way to critically engage with and celebrate efforts of equity across this country as well as efforts that can continue to be made. The racial background and injustices of this country is not something that any American can shy away from.

By officially celebrating Juneteenth as a holiday, we as a community can better recognize its historical, cultural, socio-political, and personal connection to all members of our Luther community. Staying true to the liberal arts philosophy that Luther stands for, we have to be, first and foremost, committed to engaging with people of all backgrounds. Through discourse and discussion with the greatest multitude of voices, we drive knowledge forward. It seems to me that diversity (of all kinds) is inherent to the mission of the liberal arts philosophy and should thereby be pursued as a top priority by the college to its fullest extent.

How did you learn about Juneteenth?
I learned of Juneteenth the summer I finished my master’s degree in Rochester, Minn. Rochester has a Juneteeth committee sponsored by the local NAACP, which organizes the annual celebration for Juneteenth hosted at Martin Luther King Jr. Park.

What resources have helped you understand Juneteenth?
I’ve learned a lot from attending and volunteering at Juneteenth celebrations, as well as being a member of the Minnesota Equity and Justice Black Caucus, which addresses the historical and current issues faced by descendants of slaves and the diaspora.

Why is it important for Luther to celebrate Juneteenth?
As a no-brainer, the US celebrates July 4th. More critically, it is a moral obligation to recognize the abolition of slavery as a reminder to self and country of the atrocities committed against the African American peoples, and engage in continued education and activism to eliminate the ongoing oppressions. Besides, if Luther aspires that its students “use their talents to serve with distinction for the common good locally and globally” and be responsive to “ethical challenges,” then Luther should lead by example.

How did you learn about Juneteenth?
I learned about it several years ago, when the Diversity Center (now the Center for Intercultural Engagement and Student Success) sponsored a trip for members of the Black Student Union to the African American Museum of Iowa in Cedar Rapids.

What resources have helped you understand Juneteenth?
As a descendant of enslaved Africans, I was raised with freedom stories. At first they were mainly about the people of the Caribbean. Later, the American freedom stories were added. From the Netflix series High on the Hog: How African American Cuisine Transformed America , which featured African American contributions to the USA’s food culture, I learned about foods associated with Juneteenth celebrations.

Why is it important for Luther to celebrate Juneteenth?
Luther has an origin story that describes its establishment in 1861, at the outbreak of the Civil War, as a revolt by the laity against the clergy, who wanted to continue training Lutheran ministers at the seminary that did not openly oppose slavery. If this story is true, Luther College was first then and is first again by choosing to celebrate Juneteenth. It is also the right and brave thing to do when, in this state and all around the country, there are people and institutions who have deliberately chosen to pretend that historical truths do not matter. I am hoping that this is not a performative act but a commitment to continue working on becoming a more inclusive college, where all stories are equally valued.

How did you learn about Juneteenth?
I learned about Juneteenth at a very young age. Growing up in a predominantly white neighborhood and school system, my mother and aunties felt it was imperative to teach me about my heritage at a young age. I vividly remember going to gatherings in the summer at parks, family members houses, and event centers and every time I would ask “What we were celebrating?,” my mother would simply respond with, “We are celebrating us. We are celebrating our people.” So every summer I couldn’t wait to “celebrate OUR people” because I would have so much fun – even at the events where we literally knew nobody. Somewhere around the ages of 8 and 10 I learned WHY Juneteenth was referred to as a celebration of OUR people and it easily became one of my favorite holidays. It was explained to me that while Abraham Lincoln signed the Emancipation Proclamation on January 1, 1863 it wasn’t until June 19th, 1865 that the word finally reached ALL the slaves that they were granted Freedom. In my family we refer to the National Holiday as ‘Freedom Day’ as well just so we don’t forget how important and special this day is. Not only for us as Black people, but the nation as a whole.

What resources have helped you understand Juneteenth?
As aforementioned, my family has been the main “resource” in helping me understand what Juneteenth is and means to me. Also, my hometown community of Teague as a whole has done a very good job at being an educator on what this holiday is in general and the importance of it. The holiday has been celebrated by African Americans and BIPOC communities for years and years – however, a large sum of people have never heard of ‘Juneteenth’ and definitely don’t “understand it”. Community members, Black, White, and Latinos, recognized this tragedy and decided to do something about it. On June 19th, 2020 it was stated by our mayor that the holiday would now be celebrated annually in our hometown, as from that moment on it was to be recognized as a city-wide recognized holiday (which means a parade, festival, and other activities would ensue). The council of Teague is doing a great job as a resource as well. While they didn’t necessarily ‘help me’ they understand what Juneteenth means, they have undoubtedly helped a large lump sum of our hometown community!

Why is it important for Luther to celebrate Juneteenth?
It is important for Luther to celebrate Juneteenth because it allows us as a community to connect with one another in another way that is much needed–especially when referring to the connections, or lack thereof, between the minority and majority student body. I have a huge black, red, green, and yellow Juneteenth flag in my dorm room that reads “The Emancipation Proclamation. Black American Freedom.” It literally shocked me this past year how many peers of ALL races, but predominantly white, had no idea what Juneteenth was and what the flags' details represented when they would come into my room this past year. That in itself is why it is important for Luther to celebrate this holiday. As I campus that prides itself on being all inclusive, unified, and one body – recognizing this holiday is a step in making that foundation of ours more solid. By celebrating Juneteenth the Luther community, as an institution, would be showing that it recognizes the importance of the Black population that is on campus and in the Decorah community by respecting, celebrating, and becoming educated (or more educated) on the history and heritage of this holiday and what it means to and for BIPOC communities. 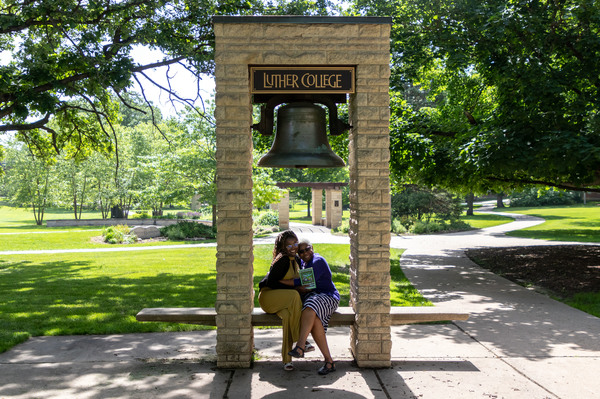 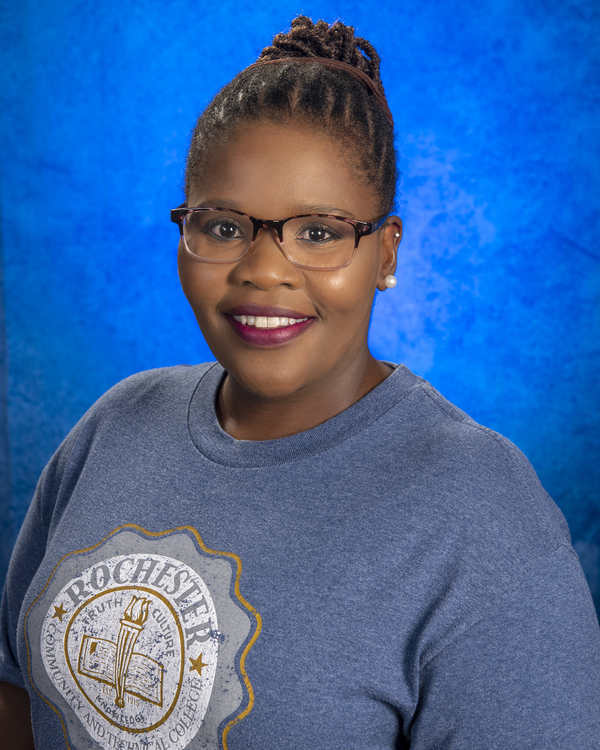 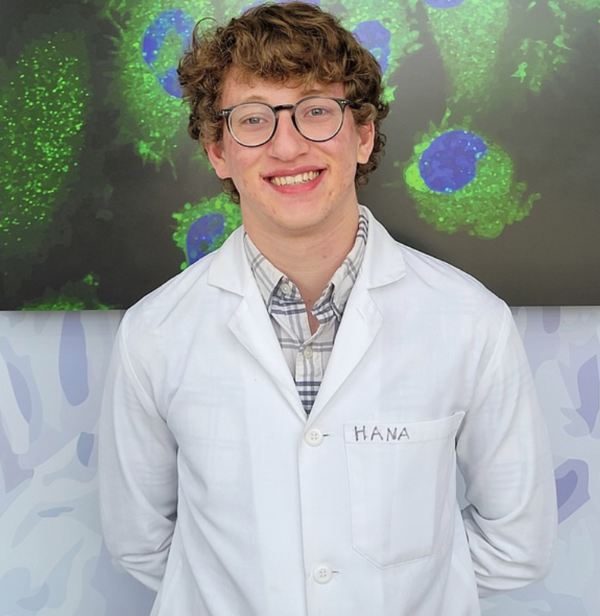 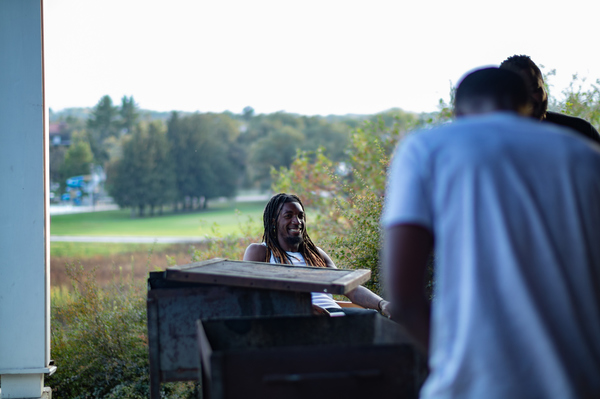 A Geologist in Iceland