Although the precise nature of an abstract for a research presentation varies from discipline to discipline, all abstracts should include five key pieces of information.

The difficulty of writing a good abstract is being concise and precise. (Remember, it should be no longer than 150-200 words.) And depending upon where you are in the research process, you may not yet have all five pieces of information. In that case, include as many as you can.

Title: The Saints Go Marching Out: The Impact of Protestant Preaching on the Beliefs of the Common People in the Late Sixteenth Century

(General Introduction) In recent decades, historians of the Protestant Reformation have begun to analyze how that movement impacted the lives of common people during the sixteenth century. The result has been a variety of new insights into changes in the behavior, the material culture, and the beliefs of the laity as a result of the Reformation. (More Specific Introduction) This study will address the role of Protestant preaching on lay or commoner beliefs, particularly with regard to understandings of the function of intercessors in the process of salvation. Focusing on the German city of Augsburg, (Research Question) it will ask specifically: in the face of Protestant preaching, did common folk continue to call upon saints to intercede for them before God (a Catholic practice), or did they limit their requests for intercession to Christ alone (a more Protestant practice)? (Method) Using quantitative analysis from 100 wills produced by commoners, along with the qualitative analysis of key diaries and memoirs, (Findings) this study will demonstrate that after 1550, a significant decrease in the number of references to the saints occurs, and in most cases requests for intercession are confined to Christ alone. (Impact of Findings) These findings indicate that Protestant preaching had significantly changed the common folk’s beliefs regarding the process of salvation.

(General Introduction) The Dry Run Creek Watershed is a 20,000 acre watershed located just Southwest of Decorah. (More Specific Introduction) This watershed, which drains through the Twin Springs Campground and empties into the Upper Iowa River just inside the city limits, has been designated as impaired by the State of Iowa for elevated bacteria levels. (Research Question) A monitoring program was established to measure a variety of water quality parameters, including pH, turbidity, conductivity, dissolved oxygen, E. coli, macroinvertebrates, and nitrogen and phosphorus-containing compounds. (Method) Monitoring was performed at 13 sites over two seasons (AprilàNovember in 2010 and 2011), with regular sampling scheduled each month and after heavy rains. (Findings) Results suggest that rain events significantly increase levels of multiple parameters, including E. coli, and that several sites appear to be more significant contributors of chemical and bacterial load. Significantly, the more prominent sites for bacterial concentration exhibited some fluctuation when comparing rain versus non-rain events, suggesting different types of contributing sources. (Impact of Findings) These data are being shared with Dry Run Creek landowners to assist with decisions and grant applications in regards to land use changes.

Title: Mockery and Mirrors: The Role of the Clown in Shakespeare’s The Winter’s Tale

(General Introduction) William Shakespeare's 1610 romance, The Winter's Tale, paints the stage with themes of jealousy, betrayal, and, in the final acts, redemption. (More Specific Introduction) The play’s two imperialistic protagonists turn on each other, yet amidst their serious conflicts appears the comedic figure “Clown.” (Research Question) Some may assume Clown is included to add sheer absurdity, a distraction from the commanding characters and weighty themes. On the contrary, much of Clown’s jesting parallels the play's jealousy, betrayal, and redemption; his comedy becomes the medium which reinforces the play’s main themes. (Method) My research of Clown includes three different methods of inquiry: textual analysis of The Winter’s Tale, published scholarship concerning the fool and the lower-class clown figure, and, most distinctively, my experience acting the clown role in a course production of the play. The combination of these three modes of research reveals an intimate relationship between performance and literary analysis that allows Clown’s function to be more thoroughly explored and understood. (Findings) This synthesis imparts a better understanding of the clown-like figure in many of Shakespeare’s other plays as well. (Impact of Findings) Like my modes of research, my presentation will combine literary analysis and brief moments of performance to illustrate the symbiotic lenses through which we can analyze the clown. 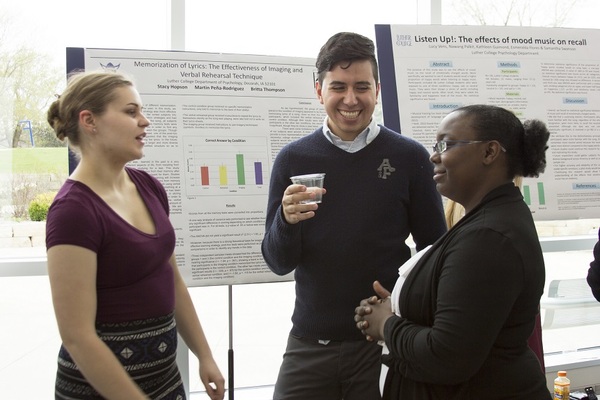