Emil Biorn was born on June 7, 1864, in Oslo, Norway. He was trained at the Royal Norwegian School of Drawing and at Lindeman’s School of Music in Oslo. He also studied in Paris, France and at the Chicago Art Institute. In 1887, Emil Biorn came to America and settled in Chicago, where he spent the rest of his life. A commercial artist by profession, he was a prominent figure in the life of the Norwegian-American community in Chicago. For many years he worked for the Barnes-Crosby Company, one of the largest engraving houses in America. He was a member of the Chicago Palette and Chisel Club, the Norwegian Quartette Club, Bjørgvin’s Singing Society, and the Norwegian ski club, "Nor." Biorn was married in Chicago on December 23, 1891 to Sigrid Lowum. They made their home in Chicago where he died in 1935.

Emil Biorn achieved national recognition both as an artist and as a musician. He was a composer whose works were performed in Norway and America. From 1906 to 1914, he was principal conductor of the Norwegian Singers’ Society of America. In 1914, he conducted that chorus during their trip to Norway to help celebrate the centennial of the Norwegian constitution. As an artist, Emil Biorn displayed a mastery of many media. He was a sculptor and painter. He was also a gifted cartoonist and caricaturist. His works were shown in many exhibitions both in the United States and Norway including the Norse-American Centennial exhibition held at the Minnesota State Fair Grounds in 1925. He also exhibited at the Art Institute of Chicago between 1900 and 1912. His paintings and drawings decorated many Norwegian-American institutions in Chicago including Normaendenes Sangforening, Chicago Norske Klub, and the Norwegian Children’s Home. Recently his works were included in the 1980 exhibition organized in Northfield, Minnesota, "Scandinavian Paintings in Northfield." In 1989, his paintings traveled to Norway for the exhibit "Norway in America" sponsored by the Vesterheim Norwegian-American Museum. He also provided illustrations for a number of books including Erling: a Tale from the Land of the Midnight-Sun by Ola J. Saervold (1898).

The Luther College Fine Arts Collection contains a number of paintings by Biorn. Chief among them are works depicting significant events in the history of Norway, which he donated to the Norwegian Children’s Home in 1916. These 13 paintings hung for many years in the reception room at the Home located in Edison Park, an area of Chicago. In 1961, they were donated to Luther College when the Home was closed and the building demolished. These paintings were registered in the Inventory of American Paintings at the National Museum of American Art, Smithsonian Institution, in 1994. An additional oil painting by Biorn, Viking at Signal Fire on Mountain Top, was donated to the Fine Arts Collection in 1993 by Dr. Harold Hanson, Luther alumnus and biologist. 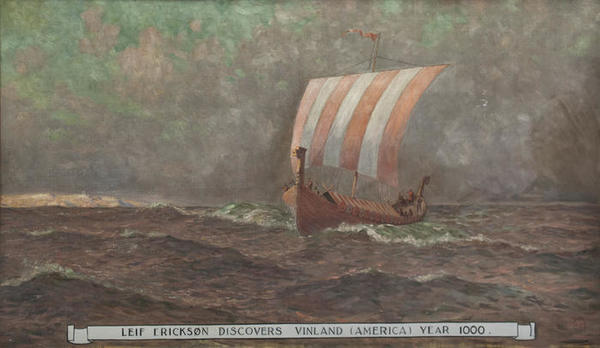 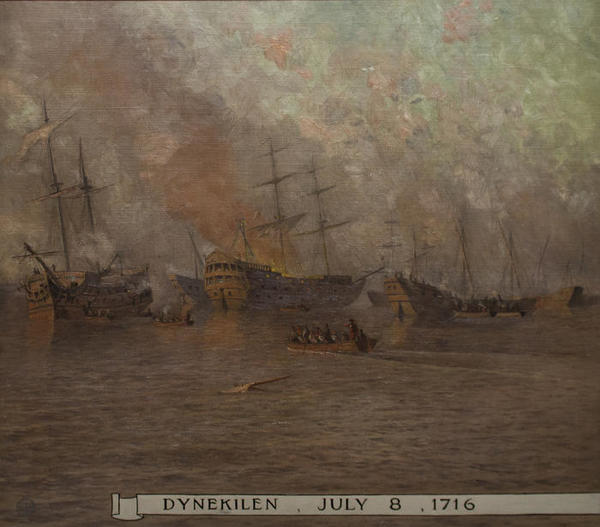