Karl Peter Andreas Ouren was born in Fredrikshald (Halden), Norway on February 5, 1882, the son of Markus Einar Andreas and Helga Petronelle (Olsen) Ouren. He began his art studies in Trondheim, where the family moved when he was about eight years old. He continued studying art from 1900 to 1902 in Copenhagen, Denmark, at the Tekniske Skole. In 1902, Ouren immigrated to the United States and settled in Chicago, Illinois, where he remained for the rest of his life except for lengthy visits to Norway. He attended an evening class at the Art Institute of Chicago from 1911-1914 under Antonin Sterba’s instruction. Ouren was a member at the Palette and Chisel Club in Chicago, and painted and decorated houses to supplement his income. In 1915, he married Karen Stubban of Orkedal, Norway. He became a naturalized citizen of the U.S. in 1927. Ouren died in 1943 in Chicago.

Ouren was renowned for his paintings of Norwegian landscapes and scenes, particularly those featuring winter and snow. He exhibited at the Palette and Chisel Club (first in 1919) and the Chicago Gallery Association. He also exhibited at the Art Institute of Chicago in 1914, 1919, and 1928. He regularly showed his paintings through the Chicago Norske Klub. The Chicago Norske Klub held a memorial exhibition of his works after his death and some of his paintings were part of the organization’s permanent collection. Paintings by Ouren were included in the Norse-American Centennial Art Exhibition held at the Minnesota State Fair in 1925 and in the Society of Scandinavian Artists’ exhibition at the Brooklyn Museum in 1932. The program cover, signed "K.O." may also have been created by him. In 1980, an exhibition called "Scandinavian Paintings in Northfield," was curated at St. Olaf College, Northfield, Minnesota, which also contained works by Ouren. The 1982 exhibition, "The Divided Heart: Scandinavian Immigrant Artists, 1850-1950," at the University of Minnesota featured an Ouren painting on the catalog cover and included his works in the exhibit. Ouren’s works were also part of the 1989 exhibit displayed in Norway entitled "Norway in America.”

In 1919, Ouren was awarded a gold medal from the Palette and Chisel Club. This award is considered especially significant since it established him as an artist away from the Norwegian-American community. He received prizes from the Chicago Galleries Association in 1929 and 1930. He won special prizes in 1924 and 1929 at the Chicago Norske Klub as well as the Popularity Award at six of the ten exhibitions in which he participated. Works by Ouren are represented in a number of galleries and museums including the Milwaukee Art Institute, the Illinois State Museum, the Wright Museum of Art at Beloit College, and in venues in Norway. His works are also part of many private collections.

The Luther College Fine Arts Collection includes two oil paintings by Ouren. The Homestead (n.d.) was donated by the family of Nils Remmen in 1941. Harbor at Lofoten Islands (1925) was a gift from Dr. Harold C. Hanson in 1993. Both paintings have been entered in the Inventory of American Paintings and Sculpture at the National Museum of American Art, Smithsonian Institution. 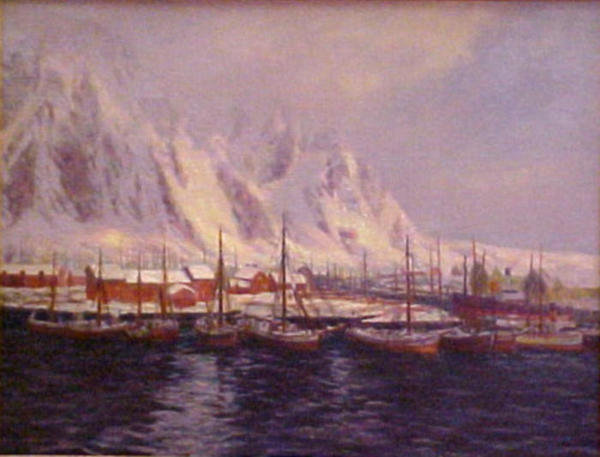 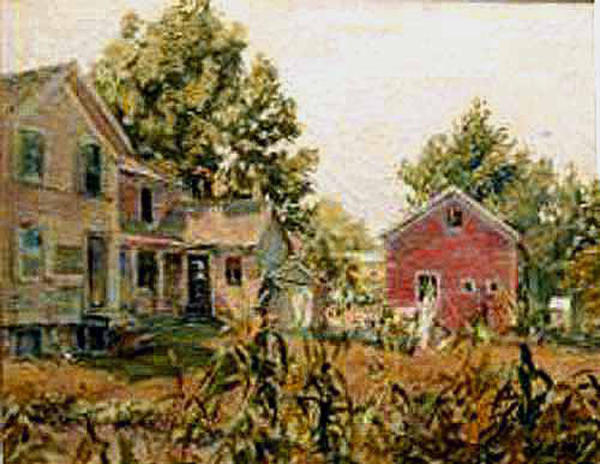