Douglas Allen Eckheart was born on November 6, 1943, in Fargo, North Dakota. He earned his BA from Concordia College in Moorhead, Minnesota, in 1965 and his MFA at Bowling Green University in 1968. He did additional study at the Virginia Center for Creative Arts and the Vermont Studio Center in 1991, Instituto Allende in Mexico in 1976 and 1973, and the Art Students League in 1975. Eckheart served as an instructor of art at Waldorf College in Forest City, Iowa, from 1967-68. In 1968, Eckheart began teaching at Luther College, a position he held until his retirement in 2009. From 1971 to 1975, Eckheart was the co-director and instructor of art at the South Bear School in Highlandville, Iowa. In 1997, Eckheart was a visiting lecturer and artist in residence at the University of Malta in Mdina, Malta. He was elected Professor Emeritus of Luther College in 2009.

Eckheart has led frequent tour groups throughout the continental United States, Europe, New Zealand, Scandinavia, and Canada.  He was the director of the Scandinavia and Baltic Program at the College of Lillehammer in Norway in 2006 and director of the Malta Abroad Program for Luther College in 1997.

Works by Eckheart have been represented in over 75 solo exhibitions and 40 group shows. Most of these exhibitions were located in the Midwest, but were also displayed in New York City, Norway, and Malta. Eckheart has received numerous awards for his work from groups such as the Iowa Humanities Board and the Iowa Arts Council. His work was selected for the Iowa State Education Association art calendar in 2000 and for Iowa Governor Terry Branstad’s Chrismas card in 1994. Eckheart’s art is part of a number of corporate and university collections including Thrivent Insurance Company, the University of Malta permanent collection, and the Northwest Bell Telephone Corporate Collection.

He has led numerous workshops and spoken at institutes, conventions and programs. Eckheart has also served on juries at arts festivals, the Iowa State Fair, Vesterheim Norwegian-American Museum in Decorah, and exhibitions at colleges and universities. He has been featured in numerous television and radio interviews. The Luther College Fine Arts Collection contains a number of works by Eckheart. Most are landscapes, his preferred art subject area. 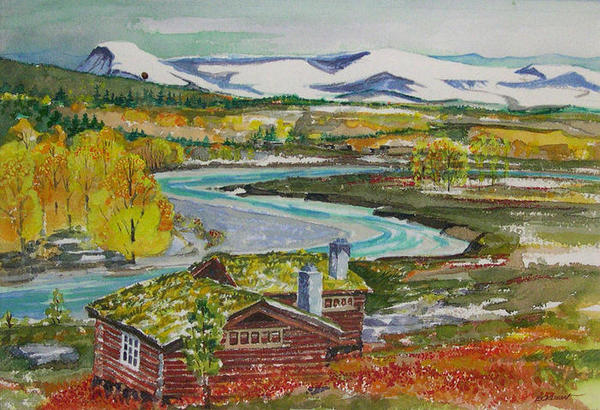 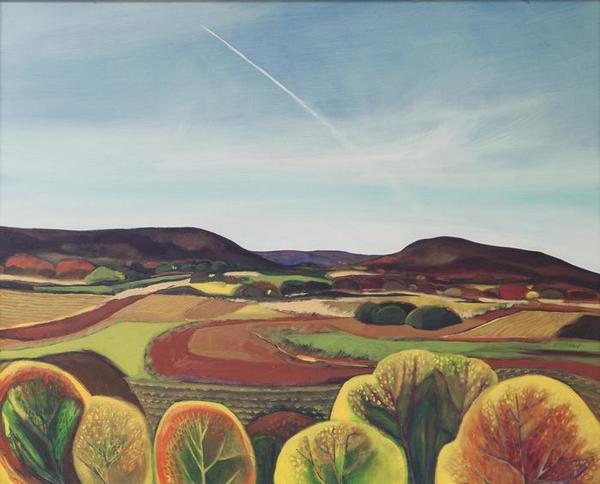 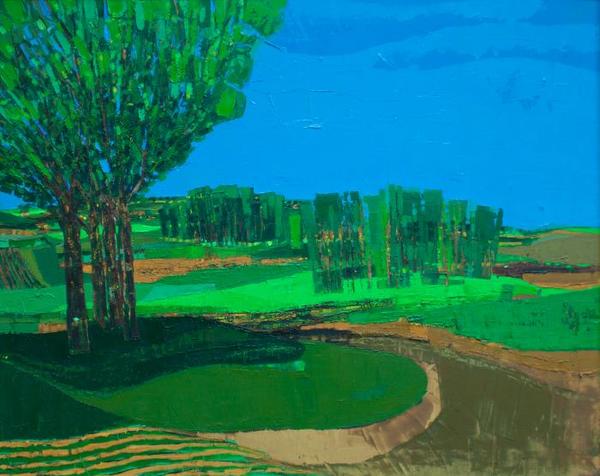