John Page was born January 18, 1923 in Ann Arbor, Michigan. His early years were spent in Detroit, Michigan, where his father worked as an architect. For a short time, the family lived in Binghamton, New York, and then moved to Muskegon, Michigan, where Page graduated from high school. From 1940-42, Page attended the Minneapolis School of Art as a Pillsbury Scholar. After a brief stint at the Art Students League of New York, he returned to the Minneapolis School of Art before being drafted into the Army in March of 1943. Following his discharge, he attended the University of Michigan, earning a BA degree in design in 1948. For the next two years, he attended the University of Iowa and received his MFA in printmaking in 1950.

Page is known primarily as a print maker whose work has been widely exhibited in competitive and invitational shows, including Young American Printmakers at the Museum of Modern Art, New York (1953), the 10th National Print Show at the Brooklyn Museum (1956), Nine Iowa Artists, Governor’s Exhibit (1971-72), and the Midwest Printmakers Invitational at the Walker Art Center in Minneapolis (1973). Several collections contain examples of his work, including the Library of Congress (Washington, DC), Walker Art Center (Minneapolis, Minnesota), Des Moines Art Center (Des Moines, Iowa), Joslyn Art Museum (Omaha, Nebraska), and the Carnegie Institute (Pittsburgh, Pennsylvania). Awards include the Younker Prize for Prints from the Des Moines Art Center (1971) and a Purchase Prize and Cash Award from the Fourth Annual Midwestern Printmaking & Drawing Competition, Tulsa, Oklahoma (1977). In 1974, Page received an Individual Artist Fellowship from the National Endowment for the Arts.

There are ten works by Page in the Luther Fine Arts Collection. Winter Tree, Anatomy of the Sea, and Northwest were purchased by the college from its 1960s Fine Arts Festivals. Three related engravings, The North Slope, Sentinel, and The Seam, arrived later. These powerful works were created in response to a break Page took from teaching in 1977 to spend six weeks at the Rancho Linda Vista art colony at Oracle, Arizona. "I drew a great deal and worked on some etchings," he wrote. "A favorite spot was nearby, a group of strangely eroded rocks, some precariously balanced on others. This became my focus, and the group of works I made featured them." Four other etchings, Brooklyn Bridge, River Series #7, River Series #13, and River Series #19, were given to the college by William Heintz in 1997. The River Series etchings are part of a larger group of 20 sepia images focusing on the Cedar River near downtown Cedar Falls (Iowa). Most of the prints were sold individually, although full sets were purchased by the Cedar Falls Historical Society and the Waterloo Recreation Center (Iowa). Page returned to the plates after their initial completion and redid them as reduction color etchings, a rather unusual technique. 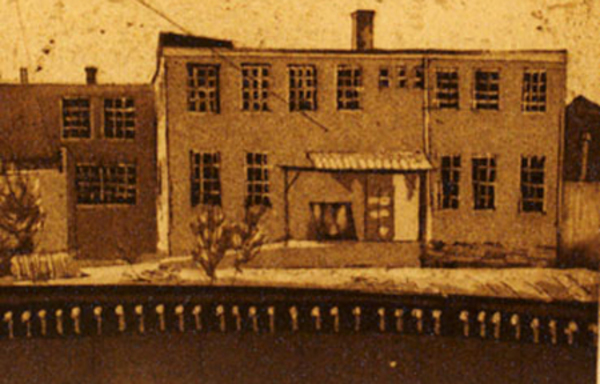 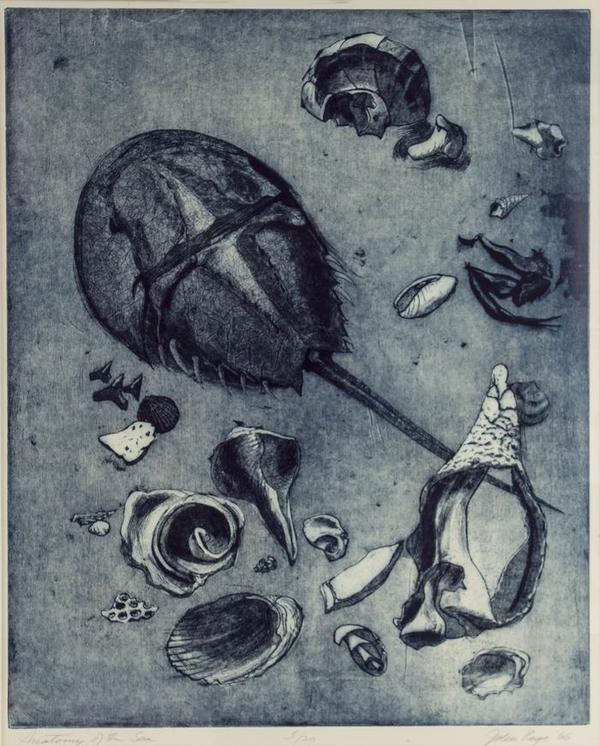 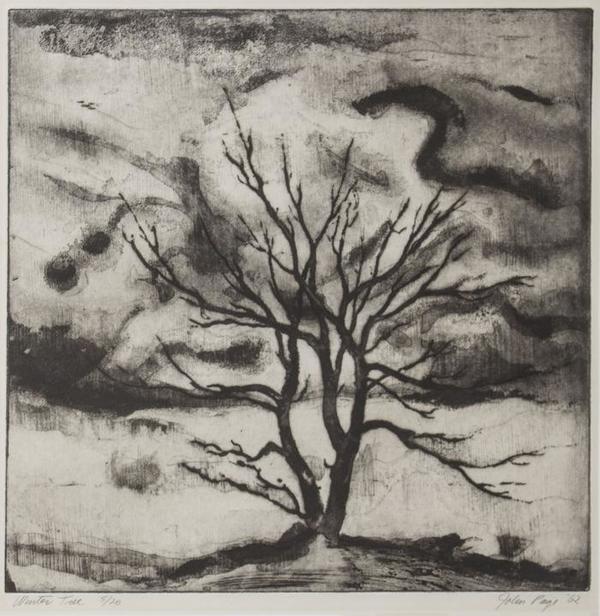