Gerhard Marcks was born in Berlin, Germany, in 1889. His life as a sculptor began in 1907 with an apprenticeship with Richard Scheibe. His achievements as an artist led to a teaching position at the Bauhaus school in Weimar from 1919-1925 and the Giebichenstein School in Halle from 1925-1933. While teaching at the Bauhaus, Marcks met Marguerite Wildenhain and became her mentor and friend. During the rise of the Nazi government in the 1930s, many German artists including Marcks suffered harassment by government officials for the content of their work. Marcks remained in Germany despite his dismissal from his teaching position and confiscation of twenty-four of his sculptures in 1937. Most of his life's work was destroyed when his Berlin studio was bombed in 1943. Following the war, Marcks taught for four years in Hamburg and then moved to Cologne, where he worked as a freelance sculptor. He was commissioned to create a number of memorials for soldiers and civilians who died during the war and his public works can be found in cities throughout Germany, including Cologne, Hamburg, Mannheim and Frankfurt.

While principally known for his many sculptures, his works also include a large number of woodcuts, drawings and lithographs. Marcks was married to Maria (Schmidtlein) and the father of six children. He died in 1981 at the age of ninety-two. Permanent records of his works and a collection of his art are maintained at the Gerhard Marcks Haus in Bremen, Germany.

Marcks received countless honors for his work. He was awarded the Goethe Medal in 1949, and was elected Knight of the Order Pour le Merite in 1952. Three years later, he was awarded a Prize of the City of Berlin, and received the Grand Cross of the Order of Merit from the Federal Republic of Germany in 1959. Late in life Marcks was inducted as a foreign honorary member of the American Academy of Arts and Letters. A postage stamp was issued by the German government to commemorate the centenary of his birth in 1989. Luther College also commemorated the centenary with a yearlong celebration which included special exhibits, a catalog, and distinguished lecture.

The Luther College Fine Arts Collection may be the largest repository of Gerhard Marcks works in the United States. It contains 68 drawings, 65 prints, and 9 bronze sculptures, most of which were donated to Luther College by his former student, Marguerite Wildenhain. Jutta Fischer (Herrmann) Anderson donated a portfolio of ten woodcuts by Marcks, printed in 1948, which illustrate the myth of Orpheus. Additional works, such as cookie molds and exhibit posters, were donated by others to supplement the works. Of particular note is the monumental bronze statue of Oedipus and Antigone located on the southeast corner of the Center for Faith and Life. Created in 1960, the Luther College statue is one of six castings of this sculpture. Only two are located in the United States. The work was given to Luther College by Wilfred and Ruth Jensen Bunge and formally received at the senior honors day convocation on May 10, 2000. The Luther College Archives contains a large Marcks archival collection while Preus Library holds many exhibit catalogs and books illustrated by and about Marcks. 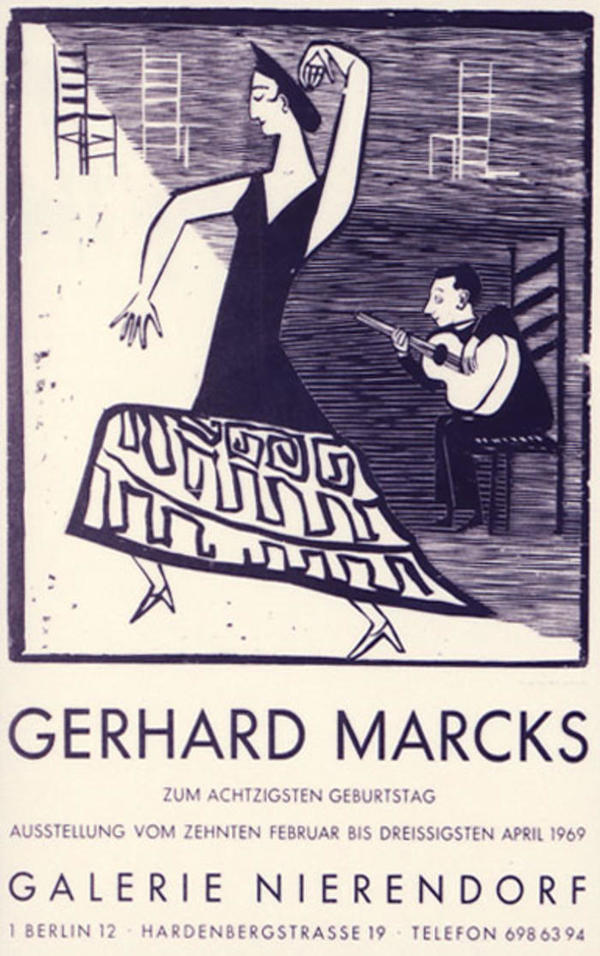 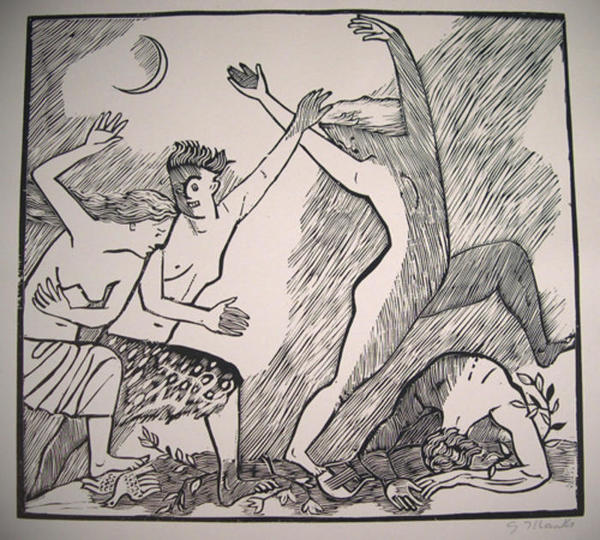 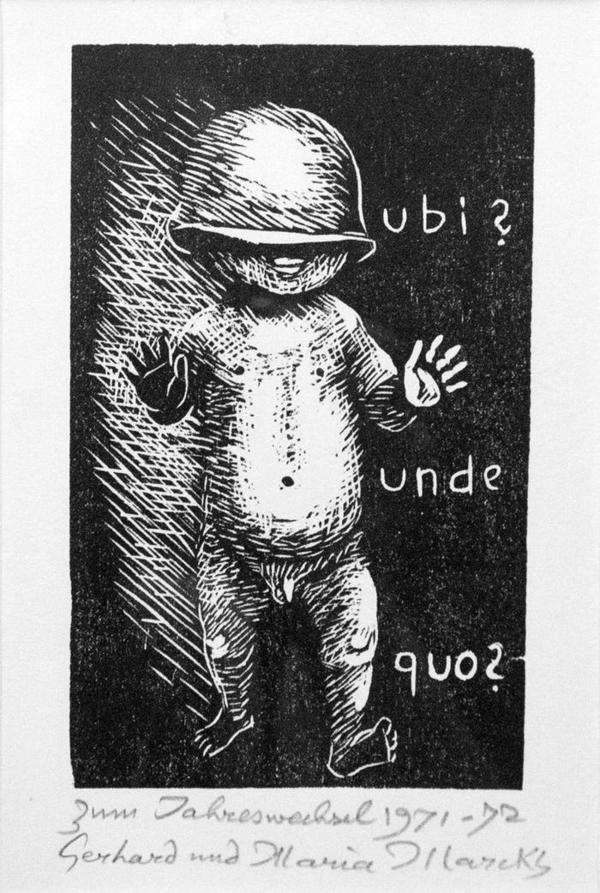